Remembering the ‘Draw in the Dunes’ at the 1969 Ryder Cup 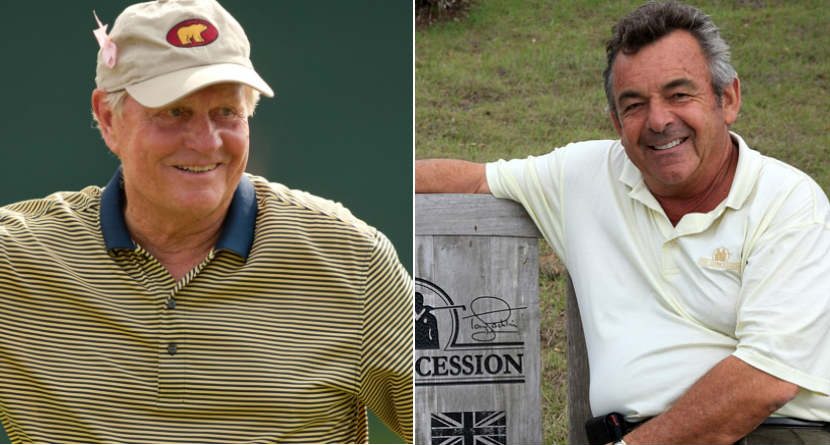 The Ryder Cup matches are rich in history and legend, dating back to the days when the matches included only the United States and Great Britain. While there have been many memorable finishes at the Ryder Cup over the years, what happened at the 1969 Ryder Cup might be the most unique.

In his new book “Draw in the Dunes,” author and golf blogger Neil Sagebiel provides a stunning recollection of the 1969 matches between the heavily-favored U.S. squad and the under-appreciated Great Britain and Ireland squad. With names of Nicklaus, Palmer, and even Back9 Ambassador Tony Jacklin taking part, that year’s Ryder Cup was primed to be memorable right from the start.

What was most impressive from that year’s matches, of course, was a moment shared between Nicklaus and Jacklin — longtime friends — on the final hole of the final match.

“That was a special moment,” Jacklin said in a Back9Network interview. “We teed off and he hollered at me to walk together. He put his hand on my shoulder and asked if I was nervous. I said, ‘I’m petrified.’ And he said he felt the same way.”

Faced with a two-foot putt to halve his match with Nicklaus, which would have ended the matches in an unprecedented tie, Jacklin’s putt was conceded by Nicklaus.

“I stood over my putter and said to myself that no matter what happens, I have to make this putt,” Jacklin said. “Of course, he holed his putt like the great player he is and bent down to pick his ball out of the hole and picked my marker up.

“He said, I don’t think you’d miss that but under the circumstances, I don’t want to give you a chance to.”

It would later be referred to as “The Concession,” and was an act that angered many of Nicklaus’ teammates. The United States retained the cup despite the tied final score, but that moment sparked a sense of momentum for a team that would eventually grow to include all of Europe.

Sagebiel’s attention to detail and extensive research not only rounds out a superb recollection of the 1969 Ryder Cup, but the reader is also given an unprecedented behind-the-scenes look at some of history’s greatest players.

If you are looking for a great way to supplement your Ryder Cup viewing experience, or if you are a nerdy golf historian like myself, “Draw in the Dunes” is a must-have on your bookshelf.