Report: Rory To Play TaylorMade Driver In Next Event 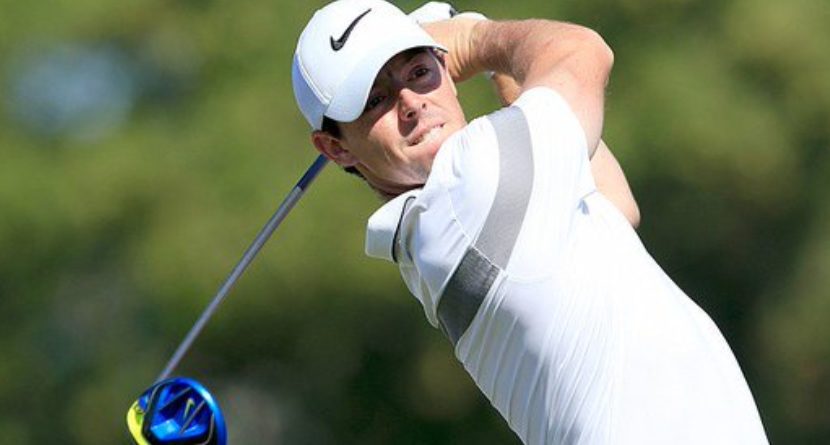 Rory has always been one of the longest drivers on tour, but this seems to be getting ridiculous. Since Nike announced their departure from golf’s hard-goods business, the 27-year-old Ulsterman has been granted the ultimate professional freedom to choose equipment that’s best suited for his game, and it appears he might have found a winner.

According to a report by Chris Solomon at No Laying Up, Rory is planning to put TaylorMade’s M2 driver and fairway metals in play next week at the World Golf Championships-HSBC Champions in China. If you want to know why, check out these alleged trackman numbers, in particular, the 330-yard carry!

Rory is putting the Taylor Made M2 driver and fairway woods in the bag next week in China. Liftoff pic.twitter.com/B4yuDXEAs2

If Rory does in fact put the M2 woods in the bag, that will mean the top three ranked guys in the world (Day, DJ, Rory) all will be playing TaylorMade.

Oh yeah, the total drive distance was also apparently 357 yards. So he’s got that going for him, which is nice.