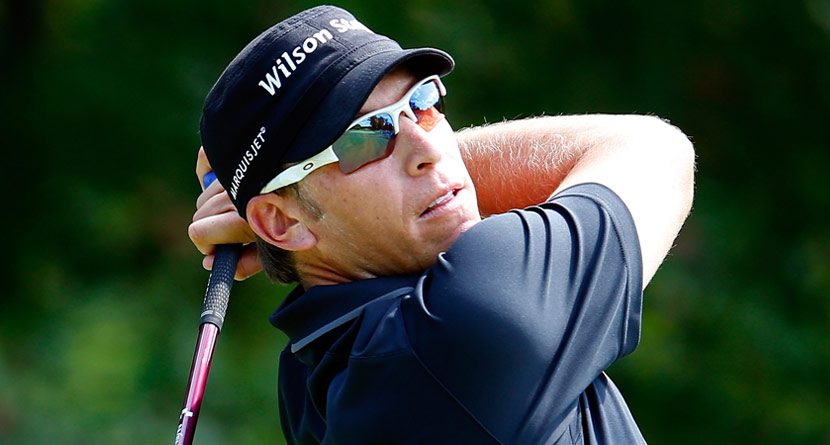 The Web.com Tour can either be a dark, depressing place or an exciting, uplifting experience depending on your point-of-view. Following last week’s Web.com Tour Championship – the final hurdle standing between disappointment and a PGA Tour card – many players are either nursing their wounds or booking plane tickets.

Those players on the positive side who earned a Tour card include Back9Network Player Ambassador Ricky Barnes, whose $35,000 earned him a spot in the Big Leagues after finishing 33rd on the Web.com Tour Finals Priority Rankings. He is joined by other former Tour players Trevor Immelman, Andrew Svoboda, Patrick Cantlay, Ryo Ishikawa, Sean O’Hair and a slew of other names you may or may not recognize.

While the new Web.com Tour qualifying scoring is about as difficult to understand as Chinese Algebra – or the FedExCup Points System, for that matter – we at Back9 couldn’t be more happy for Ricky Barnes.

Here is a full list of all players who qualified for the PGA Tour:

Related Links: Keegan Bradley a Team Player on Course and Back Home