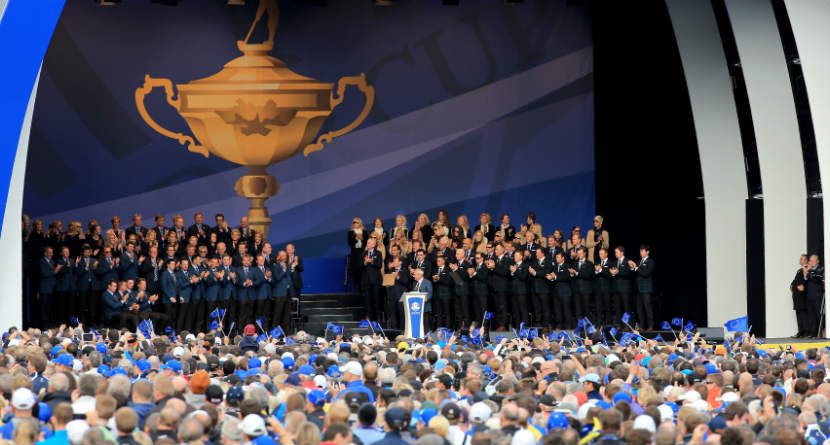 GLENEAGLES, Scotland — Not so long ago, you couldn’t give away a Ryder Cup ticket. Sponsorships and hospitality packages? Not a chance.

But that’s a far cry from today’s competition, which attracts millions of spectators, huge television audiences and mind-boggling sums of money. The Ryder Cup is now the biggest golf tournament on the planet.

During the 1970s, the USA routinely handed out thrashings to the Great Britain and Ireland teams. And that led to some less-than-stellar excitement about the event. But that all began to change in 1979 when Europe joined GB&I and players like Seve Ballesteros and Bernhard Langer, Nick Faldo and Sandy Lyle began to tip the scales — and began to grow the money that’s generated from the event.

The last Ryder Cup played on British soil was in 2010 at Celtic Manor, the Welsh resort owned by Sir Terry Matthews, who is one of the wealthiest men in Britain. Here’s a look at the money spent that week:

Those figures don’t take into account the vast unseen benefits. Most of the spectators at Celtic Manor came from outside Wales, and many of those have returned to the area as tourists and to play other golf courses in Wales.

The numbers from Medinah in 2012 were even more astonishing:

• 240,000 people passed through the gates.
• The tented village occupied 700,000 square feet, took 14 weeks to build and five more to pull down.
• On average, each customer spent $110 in the merchandising tent.
• The official Ralph Lauren Team USA jacket cost $95 and sold out before the second day of the matches.
• Hotels raised their room rates by an average of $40 per night, and many of them were sold out.
• 175 Illinois-based companies bought hospitality at the event, ranging from $55,000 to high six-figure sums.
• Fans paid more than $900 for season tickets on the secondary market, which was nearly double face value.
• Lake Park High School, located across the street from Medinah, cut a deal with the PGA to provide parking and a place for volunteer training throughout the week, and raked in $415,000 as a result.

The Gleneagles Ryder Cup is expected to generate at least $105 million (£65m) in gross income, according to a new book on the history of the matches, with as much as 25 percent of that figure being put back into development programs, charities and even supporting lower level pro tournaments.

Indeed, the Ryder Cup has come a long way.