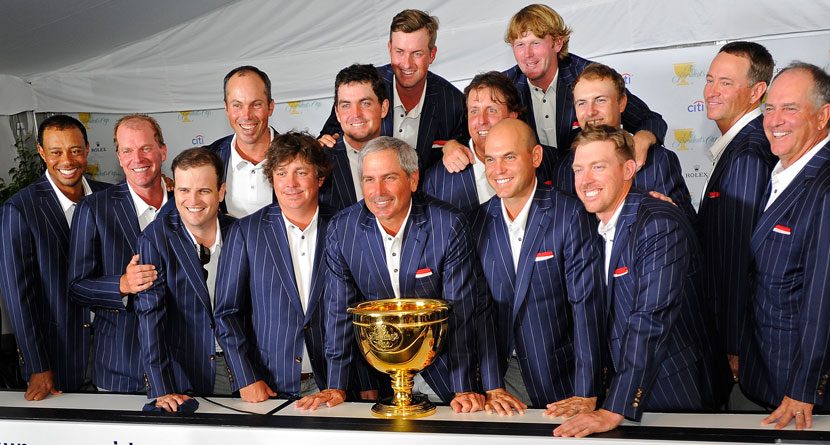 The Quicken Loans National is set to be played at Congressional Country Club this week, which is located just outside of Washington, D.C.

Tiger Woods will be making his highly-anticipated return to competitive golf on Thursday after taking 12 weeks off due to a pinched nerve in his back, but he and some teammates will be making a stop at a certain house in the area first.

According to USA Today, the 2013 U.S. Presidents Cup team will be paying President Barack Obama a visit Tuesday night at the White House, and Woods will be there. He confirmed in his press conference Tuesday that he and Lindsay Vonn will be heading to the White House Tuesday night, and they’ll be bringing a scholar graduate from Georgetown.

Specifically who else will attend is still unknown, but some names from the Presidents Cup championship team who could be in attendance include Jason Dufner, Jordan Spieth, Keegan Bradley and Phil Mickelson.