What If…~There Was More Match Play? 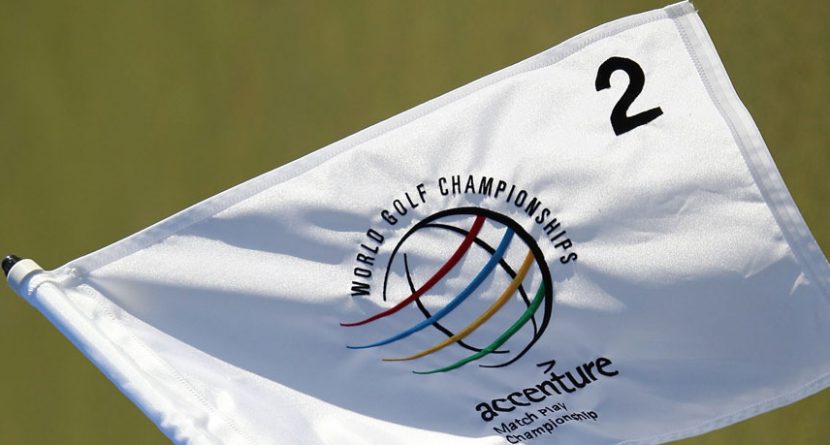 Golf fans love to point out to their non-golfing friends that this game is unique—that instead of being pitted directly against a defense, “It’s just you against the course!”

Is it me or does battling an inanimate object sound like the most boring thing in the world? As an indignant Tom Hanks tells the toy executives in the movie “Big”: “This is a robot that turns into a building. What’s fun about playing with a building?”

With that in mind, I’m ready to propose a new scenario for pro golf: what if at least half the tournaments went to a match-play format?

If you think watching darts is more exciting than watching boxing, you’ll hate this idea. Otherwise, you’d be delighted once you realize how match play would super-charge the sport:

When the worst thing that could happen is losing a hole, the golf studs on the PGA Tour would really show us their shot-making abilities. I’m talking firing at tucked pins, trying to clear water from 250 yards out, the whole shebang. In match play, birdies become almost a necessity—so pull up a seat, because the highlight reel is about to begin.

Guys get smacked down

Quick, do you remember what Stephen Ames shot at the 2006 Masters? No, you don’t. But I bet you remember that after Ames questioned Tiger Woods’ abilities before the 2006 Accenture Match Play, Tiger gave him an absolute beatdown with a 9 & 8 thrashing in the first round. A year later, Tiger obliterated Stewart Cink in an 8 & 7 final—showing that match play victories are exhilarating and even primal. In football terms, if winning a stroke play event is like making a game-winning field goal, then winning a match play event is like tackling your opponent so hard that his helmet comes off and his leg snaps in two. Match play is fun like that.

Stroke-play lovers often say that match play doesn’t identify the best player because you only have to beat a few guys instead of the full field. Look at the list of finalists of the WGC Accenture Match Play and you’ll discover that that’s B.S.: since 2003, every single player in the final match has been a Ryder Cup or Presidents Cup player. Not to mention that a few of the greatest match play competitors of all time were Tiger Woods, Jack Nicklaus, Ben Hogan and Byron Nelson. Ever heard of them?

So if match play is so great, why don’t we see it played more often? Well, the PGA Championship was actually a match play tournament until 1957—but with the dawn of TV, the networks didn’t want the potential for a lackluster final pairing. But guess what, TV networks? You already get lackluster final groups all the time. That’s golf. And if I have to watch Charlie Beljan play John Merrick all afternoon, I want to see them in an epic head-to-head deathmatch, not a gentlemanly game of arithmetic.

Let’s stop pitting man against nature and instead pit him against his fellow man. I want more trash-talking. I want more humiliating defeats. I want more match play.