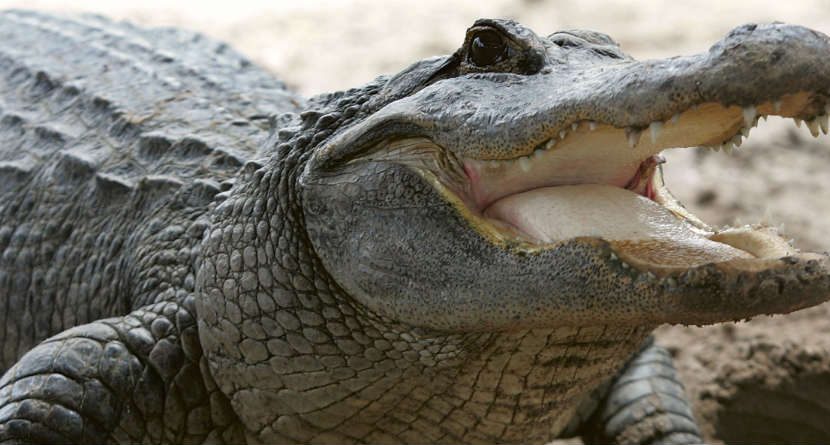 Across the southeast, golfers can breathe a sigh of relief. The mother of all alligators has been caught.

A family in Alabama hauled in a 1,000-plus pound monster Saturday, breaking the state record.

Officially checking in at 1,011.5 pounds, the alligator broke the winch officials used to weigh it in after battling Mandy and John Stokes, brother-in-law Kevin Jenkins and Jenkins’ two children for five hours in Camden, Ala.

As grueling as the back nine of a major? Perhaps even more.

The Stokes told AL.com the gator put up a heck of a fight, trekking the family across the creek before tossing them from the boat it had wrangled. It wasn’t until Mandy’s second shotgun blast the entire ordeal was over.

We’re not quite sure what the family plans to do with their record catch but we only hope they’re a bit more humane than Happy was to the one that took his coach’s hand.