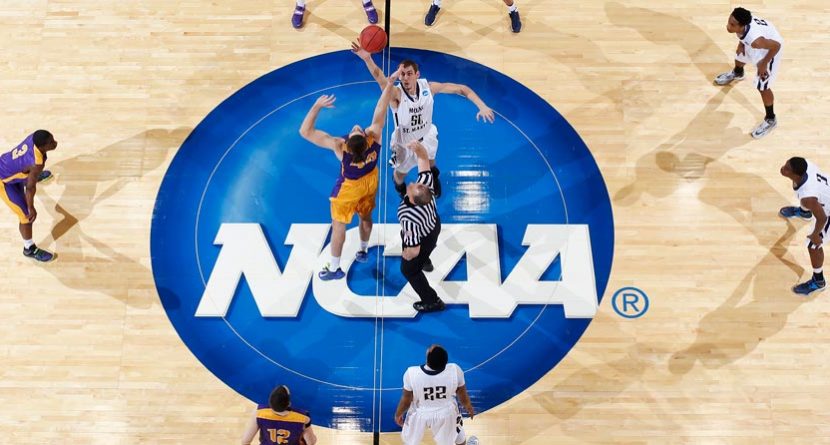 The NCAA Division I Men’s Basketball Championship is underway and some of the biggest names in golf, basketball and yes, even President Barack Obama are weighing in on what they think will be the outcome of “March Madness.” Singler, a former Duke standout, made no secret who he was pulling for to cut down the nets at Cowboys Stadium next month, picking the third-seeded Blue Devils out of the Midwest Region to knock off the top overall seed, Florida, for the national championship.

Thompson, a three-time winner on the Nationwide Tour, has the No. 1-seeded Arizona Wildcats out of the West Region running the table to the Final Four before knocking off the fourth-seeded Michigan State Spartans out of the East Region in the title game.

Harrington, a three-time major winner, likes the Gators to knock off defending champion and fourth-seeded Louisville, but also likes eighth-seeded Kentucky to take down another one seed in Wichita State. The Shockers are the only team in the field that’s undefeated, but critics have said their lack of a competitive schedule during the regular season makes them vulnerable to be knocked out in the second or third round.

Woods is probably upset that her Wake Forest Demon Deacons didn’t make the “Big Dance.” Despite this, she sees Louisville and third-seeded Syracuse clashing for the NCAA title, with her pick of the Cardinals to successfully defend their championship. Woods also has the Orange knocking off the Gators in the regional semifinals to advance to the Final Four in Arlington. Here’s a closer look at the picks from the athletes and celebrities themselves: