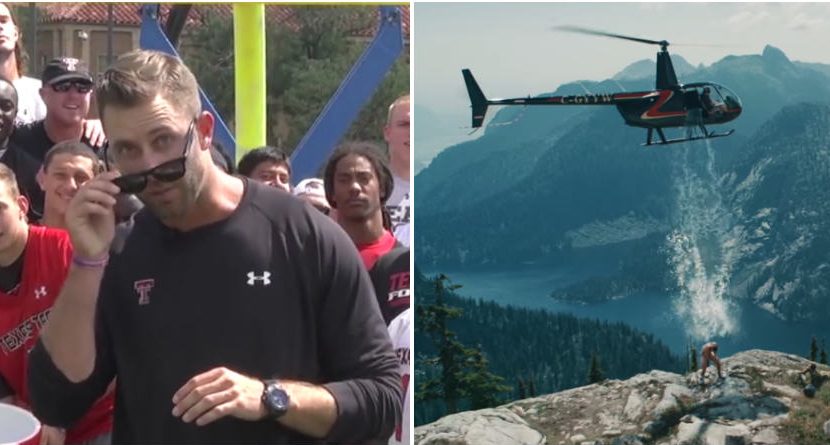 As the ALS Ice Bucket Challenge continues to gain strength, take over the internet and raise tons of money for research, we get to enjoy the videos. From golfers to athletes and celebrities — and don’t forget about the fails — there’s plenty of theater to be seen throughout the noble movement.

Dikembe Mutombo
Some athletes and celebrities used creativity to create a memorable video. Mutombo, an eight-time NBA All-Star, however, turned in a Hall-of-Fame-worthy challenge thanks to his unrehearsed, unadulterated and rather loud yelp.

Charles Barkley
I’m a firm believer that there should always be a camera following Sir Charles. As we’ve seen with his off-camera remarks as an NBA analyst on TNT and with his golf swing, hilarious moments are a big part of Barkley’s day. On Friday, Barkley turned in a rather hilarious ice bucket challenge. Paul Bissonnette
This might be the best challenge video in any category. Bissonnette, a current NHL free agent, hopped in a helicopter and took ‘ice’ to a whole other extreme.

New England Patriots
It may be the New Englander in me, but the Patriots turned out a solid challenge video. For starters, they were among the first to actually do it as a team. Plus, you have to appreciate Rob Gronkowski’s excitement to throw buckets of ice at his teammates.

Henrik Lundqvist
Since this seems like a list of superlatives, can we just give the New York Rangers goalie the title of ‘Best Dressed’?

Chip Kelly
The Philadelphia Eagles head coach sure gets points for originality as he shows some energy — and some hops — diving into an icy pool.

Texas Tech
Kliff Kingsbury remains in contention for champion of the internet with his and Texas Tech football’s Ice Bucket Challenge. Plus, out of nowhere, he calls out Beyonce.

Marian Gaborik
The Los Angeles Kings right winger scores plenty of points for originality and use of handy ice-clearing machines in this A-plus challenge.

Pete Frates
How could we forget about the man that started the movement? The former Boston College baseball star took his official Ice Bucket Challenge in front of the Green Monster at Fenway Park — a truly amazing moment.