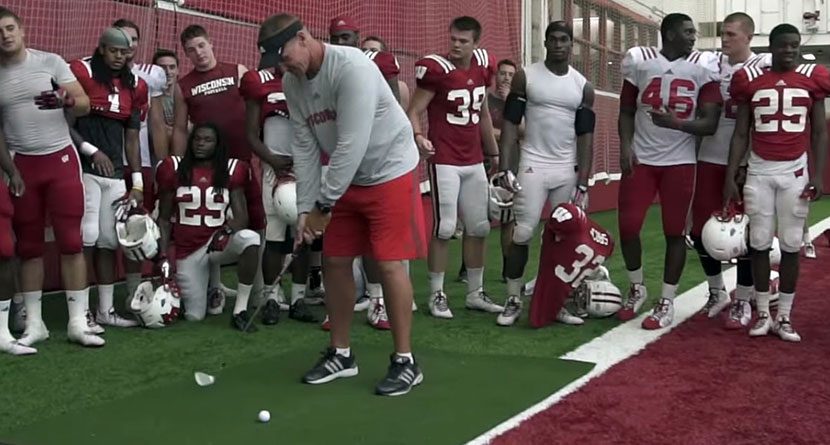 While there’s still plenty of time left to see if the inaugural college football playoff will include the likes of defending national champion Florida State, Pac-12 power Oregon or one of the SEC contenders, including Alabama, Auburn or South Carolina, count us among those excited for the football season to begin.

To celebrate the new season, we’ve decided to compile our own starting lineup with a golf twist. We present to you, 9 college football coaches we’d most like to play a round of golf with:

Nick Saban
A noted golf fanatic, Saban — considered by some as college football’s scariest man — is a guy that takes his game seriously.

Frank Beamer
A legend at Virginia Tech, Beamer would bring a veteran feel to your weekend game. Plus, his budding friendship with another of our favorite golf nuts — Darius Rucker — means we could likely get them both together to play.

Steve Spurrier
Here’s another guy who takes his golf very seriously. The Head Ball Coach even went as far this past week to blame his wife’s vacation plans for his lack of golf this summer. How about a Saban-Spurrier skins game?

Houston Nutt
While he’s not technically still a football coach, we heard that the former Ole Miss head coach can play a little bit.

Urban Meyer
Follow-through, notwithstanding, Meyer seems like a nice guy and he’d surely be a pleasure to play with. Just don’t ask him to ride in a cart as it may bring back bad memories.

Gus Malzahn
Head coach at Auburn, Malzahn spent much of this past summer traveling to highly-ranked and prestigious courses. Hey Gus, do you have room for a fourth?

Dabo Swinney
Like Clemson fans, we appreciate his energy on the sidelines. It’s also nice to see Swinney trying to improve his game.

Bobby Petrino
After navigating a tough path following his public departure from Arkansas and short stint in the NFL, Petrino is back to where he started as he re-joins the Cardinals with some insight on how to manage a golf course.

Gary Anderson
We love the Wisconsin head coach’s competitive fire and ability to make a clutch approach shot under pressure.