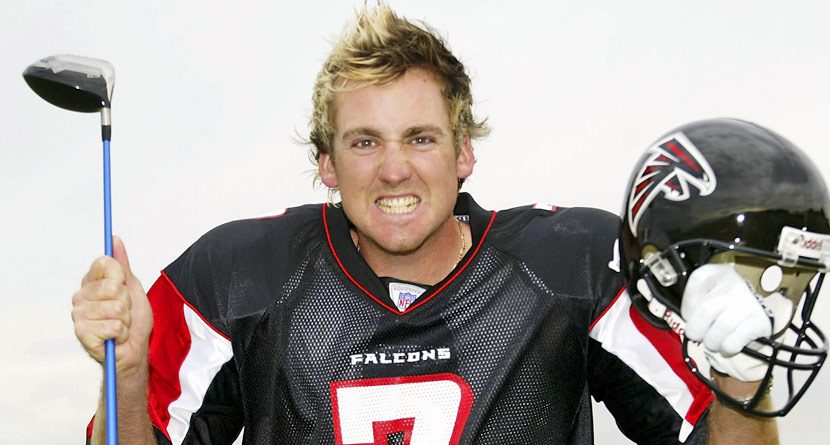 It’s that time of the year again, golf fans! As the PGA Tour’s best players battle in another exciting edition of the FedExCup playoffs, golf minds everywhere will be debating whether or not the current system should be improved upon.

The question has become as much a tradition as the playoffs themselves.

True, there are many fans and players who believe the current system is the best we can do. While it isn’t perfect – and nobody is saying otherwise – the current system has, for the most part, accurately determined the best player over the four-week postseason. After all, that’s pretty much what every playoff system in any sport does every single year.

The “best team” of the regular season doesn’t mean a thing. Nor should it.

That being said, there are golf fans who believe we can do better. You can count me in that group. Whether it’s my skeptical nature or being downright stubborn, I firmly believe the current system could use a few tweaks, if not a complete overhaul.

Here are a few suggestions I feel PGA Tour commish Tim Finchem should consider for next year’s postseason:

Make the FedExCup Playoffs a match play event
Or a series of events if you prefer. As I said on Twitter a few days ago, a playoff structure without brackets just doesn’t seem appropriate. There is a special type of excitement that coincides with seeding players or teams. There are also playoff bracket challenges, bar specials, and resulting hangovers. I WANT ALL OF THAT.

Allow fans to “save” a player who misses the cut
Currently, only the top 125 players get to play The Barclays, followed by the top 100 at the Deutsche Bank, and so on. What happens if a crowd-favorite like Jason Dufner or Keegan Bradley fails to advance? Give the power to the people!

By using Twitter, text messages or a call-in number, fans will have the chance to “save” a player from elimination and bring them back for the next round. If it works for “American Idol,” it can work for us!

Add a ‘Winner Takes All’ final after the Tour Championship
This might be a little overkill, but why not allow the playoffs’ top 28 players PLUS the year’s four major winners to duke it out in a final, winner-takes-all extravaganza for the $10 million champion’s purse? Fan attendance would be incredible, and it could be as crazy as a Ryder Cup if done right.

Give the defending champion home field advantage
Let’s say the defending FedExCup champ receives an automatic bid into the postseason (assuming he is healthy). In addition, he’ll also get to choose the playoff venue – from ANY course on the planet.

For example, Henrik Stenson is defending this postseason, and his hometown is Gothenburg, Sweden. Why not hold the FedExCup at the Albatross Golfklubb, Gullbringa Golf & Country Club, or perhaps a domestic course Stenson enjoys? The possibilities are endless.

A funny thing happens when you get a bunch of our Back9Network writers on an email chain throwing ideas around about how the FedExCup playoffs could be altered: things start to get silly. Before too long, we all get deeper and deeper into the rabbit hole and come up with some incredible ideas. These are the results:

Computers select the top players, who then face off based entirely on whether or not they like each other
This could be incredible. Rory and Tiger could have the “Best Friends Match”, while Ian Poulter and Bubba Watson would square off in a “Loud Mouth Match”, sponsored by Loudmouth Golf (of course). Let’s settle some beef on the golf course, suckas!

The Golfer Games
This is an incredibly unique idea we are certain no one has ever thought of before in the history of the universe. We could have the entire PGA Tour roster meet in the Town Square (Arnold Palmer’s back yard) and divide them into districts. Tim Finchem can dress up like a clown (or just have Ian Poulter dress normally to save time) and draw names out of a bowl.  If a player is chosen and doesn’t want to play, another can take his place as Tribute. There’s no way that doesn’t work.

The Dufner Rule
Last year, Jason Dufner pranked friend and colleague Keegan Bradley by slipping a giant rock into his bag. Under the new Dufner Rule, a player that wins a FedExCup event would be allowed 10 standard-issue bricks to “distribute” as he sees fit. The new twist? If a player receives a brick, he must carry his own bag. Something tells me that the leader’s bag on Sunday at the Tour Championship would be a bit heavier than normal.

Extreme Golf
A cross between golf and football, we give you “Extreme Golf” (said in a Vince McMahon voice). This one, of course, has a bit of a twist. If you are one of the 125 players to reach the playoffs, you’re awarded one tackle to use throughout the four events. Barbaric and outright disruptive and dangerous? Yes. But strategy will certainly come into play. When will a player use his tackle? Will friendships be lost? Will two players team up out of nowhere and take out the leader? We’re not sure, but we’ll definitely be watching.

Topgolf Shootout
We’re all infatuated with the flavor Topgolf has added to the game. Surely, even the game’s best of the best can appreciate the twist the brand has added to the driving range experience. How fun would it be to see the four winners of FedExCup events go head-to-head in a game at Topgolf? From accuracy to distance to short game and overall scoring, a player’s full arsenal would be tested. Plus, there’s beer!