9 Sports Analysts Who Stuck Their Foot in Their Mouth 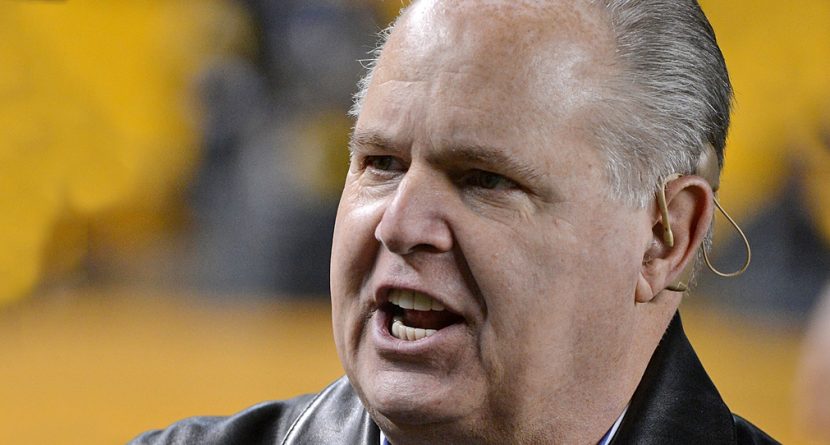 As we wait to see what unfolds from the Brandel Chamblee-Tiger Woods situation, we’re reminded of other sports commentators who’ve gotten into some heat from comments made publicly. Here are nine such announcers:

At the 1994 Masters, the CBS golf analyst said some of Augusta National’s greens were smoothed with “bikini wax” and that some of the mounds around the course looked like “body bags.” It wasn’t the first time Augusta disliked of some of McCord’s comments, but this time, CBS compromised with its partner and decided to leave McCord off all future Masters broadcasts, though he continued working other tournaments.

Early in 1996, CBS’ Ben Wright was let go following comments that he made to a Delaware newspaper months earlier. Among them: “lesbians in the sport hurt women’s golf” and “women are handicapped by having boobs. It’s not easy for them to keep their left arm straight, and that’s one of the tenets of the game. Their boobs get in the way.” Wright denied making the comments. The longtime political commentator joined ESPN in 2003 to talk NFL, but he resigned after sparking controversy from comments he made about black quarterback Donovan McNabb. “I don’t think he’s been that good from the get-go,” Limbaugh said. “I think what we’ve had here is a little social concern in the NFL. The media has been very desirous that a black quarterback do well. There is a little hope invested in McNabb, and he got a lot of credit for the performance of this team that he didn’t deserve.”

After 12 years a commentator on CBS’ “NFL Today” show, Snyder was fired for racial remarks he made to a TV reporter in 1988. He said “the black talent is beautiful, it’s great, it’s out there. The only thing left for the whites is a couple of coaching jobs.” He later elaborated on why he thought black talent was superior: “The slave owner would breed his big black (man) to his big woman so that he could have a big black kid … That’s where it all started.”

Making an appearance earlier this year on ESPN’s “First Take,” the sports writer brought up the question of whether Washington Redskins QB Robert Griffin III was “a brother or a cornball brother.” Among his reasoning for the question, Parker stated the facts that Griffin had a white fiancée and was a Republican. ESPN suspended Parker and then never renewed his contract.

The radio host is not a sports commentator, but he discussed sports on his show in 2007 when he called women on the Rutgers women’s basketball team “nappy-headed hos.” NBC and CBS subsequently took Imus’ show off the airwaves, but he returned by the end of 2007 on WABC.

The Sky Sports soccer announcer was fired after off-air comments he made with Richard Keys about a female referee were discovered to have been recorded and later leaked to the public. That was apparently the last straw for Gray, who a month earlier reportedly made a suggestive remark to a female colleague. After Gray’s firing, Keys resigned.

While trying to explain football receivers catching with their hands, the ESPNU announcer said their hands need to be “tender” so they can “caress” the ball. Kinchen then paused and said, “That’s kind of gay, but…” He never called another game.

Upon France’s Marion Bartoli winning her first Grand Slam singles title at Wimbledon this past July, the BBC commentator said, “I just wonder if her dad, because he has obviously been the most influential person in her life, did say to her when she was 12, 13, 14 maybe, ‘listen, you are never going to be, you know, a looker.” Inverdale publicly apologized for his comments, and Bartoli said she was not bothered by them. He still works for BBC.