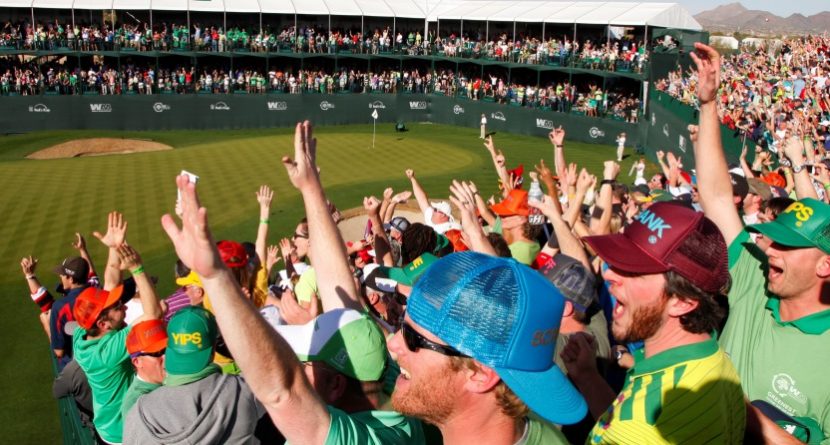 You may have thought the 2013 PGA Tour season just ended. It did. You may have also believed that the golfers now have an offseason. They don’t.

Well, many top-tier players will take one. But for everyone else, the offseason is over. The 2013 season ended with the Tour Championship (though it included only the top 30 players), and the 2013-14 season – the first time in which the PGA Tour is using a wraparound schedule – begins this week with the Frys.com Open at CordeValle Rosewood Resort in San Martin, Calif.

Here are nine things you need to know about the new season:

1) The race for the 2014 FedExCup begins now. The winner of the Frys.com tournament will get 500 points, the same amount as all other PGA Tour events that are not majors (which award 600 points to the winner), The Players Championship (600), a World Golf Championship tournament (550), or a FedExCup playoff event (2,500).

2) You probably won’t see Tiger Woods on the PGA Tour until January at the Farmers Insurance Open, where he’s the defending champ. However, you will see him in The Match at Mission Hills later this month, at the European Tour’s Turkish Airlines Open next month, and in December at the Northwestern Mutual World Challenge, a charity event that supports his foundation.

3) The best-attended tournament every year is the Waste Management Phoenix Open, which annually takes place during Super Bowl weekend. It’s technically played in Scottsdale, Ariz., which is a partying town that takes it to a new level that particular week. The PGA Tour recently banned the crowd-favorite caddie races that always made highlights at TPC Scottsdale, but two huge fans of Bubba Watson will get to meet their favorite player there this year.

4) Majors season begins, as usual, with the Masters in April. That one’s on the calendar for April 7-13 at Augusta, and is followed by the U.S. Open from June 9-15 at Pinehurst, the Open Championship from July 14-20 at Royal Liverpool, and the PGA Championship from Aug. 4-10 at Valhalla.

5) Tiger Woods will finally win another major in 2014. Those courses just listed for this coming season’s majors are quite Tiger-friendly. He’s won four times at Augusta, has placed second and third in events at Pinehurst, won his ’06 Open Championship title at Royal Liverpool, and won his ’00 PGA Championship at Valhalla.

6) Jordan Spieth will be a PGA Tour member all season. He began 2013 without card-carrying status but maximized the sponsor exemptions he received, then won the John Deere Classic to lock up his first Tour card. After such a stellar rookie year, will he thrive without having the pressure to earn a card, or will he stumble after having the weight lifted off his shoulders?

8) In total, there are 45 events on the PGA Tour schedule. Among the few changes are the Shell Houston Open switching weeks with the Valero Texas Open a week before the Masters; the Sanderson Farms Championship is not on the docket; and the FedExCup playoffs will be contested over four consecutive weeks, as opposed to this year when there was a week off after the second event.

9) Two weeks after the PGA Tour season ends, the 2014 Ryder Cup begins at Gleneagles in Scotland. That spectacle pits the best U.S. golfers against the best of those from Europe. The Americans haven’t won since 2008.