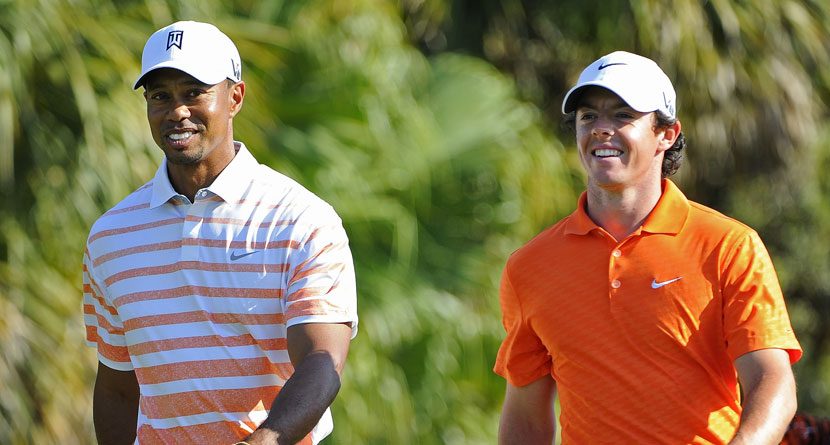 You’re probably thinking to yourself, “Big deal. That’s what every 9-year-old would say.” And you’d be right for the most part. However, would every youngster writer a letter to Tiger Woods, warning him that he’s going to be unseated from his thrown down the road? No, but McIlroy did.

According to an in-depth New York Times article by Charles Siebert, 9-year-old McIlroy sat down after winning the 1998 Doral-Publix Junior Golf Classic in Florida and wrote a letter to the No. 1 player at the time, Tiger Woods.

Although the details of said letter are blurry to McIlroy, Rory’s uncle Brian recalled his nephew’s words to a certain degree. He paraphrased the letter as saying “I’m coming to get you. This is the beginning. Watch this space.”

And yet, McIlroy is still bringing the heat 16 years later. These days, he just chooses to do it on the golf course to the tune of 16 professional wins and four major championships. Heck, McIlroy even bounced Woods from his own video game.

He’s accomplished all this by the age of 25. Not bad, eh?

Now, when it comes to the Tiger-Rory rivalry (or lack thereof), it hasn’t exactly lived up to the hype … yet. Will it come to fruition next week at Augusta? Will Tiger even play? Who knows, but the sooner they go toe-to-toe on Sunday at the Masters, the better.

Woods’ plane was spotted at Augusta on Tuesday where he reportedly played a practice round, so that’s a start. Still, it’s unknown if Woods will join the field at the year’s first major. Here’s to hoping McIlroy and Woods are paired together for the first round, where they’ll be given the chance to discuss Rory’s “little” warning.