A.J. Hawk Demolishes a Fan on the Golf Course 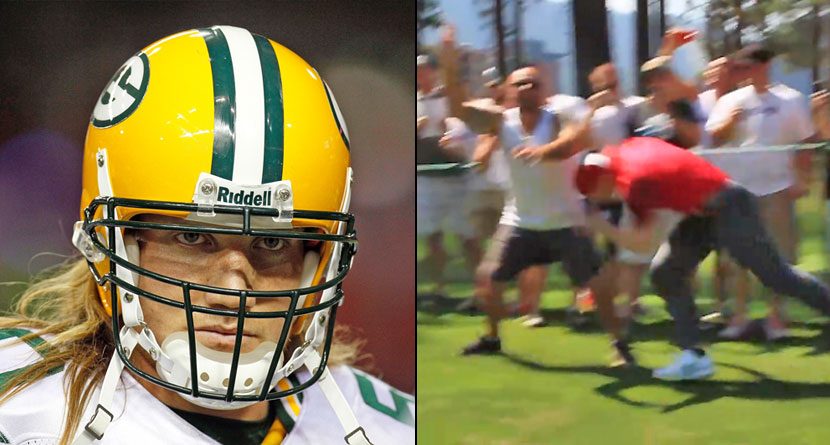 Green Bay Packers linebacker A.J. Hawk is not a small man. He’s also really, really good at tackling people. Almost like he does it as his profession.

So when a fan at the American Century Celebrity golf tournament wanted to know what it felt like to be tackled by the NFL star, Hawk was more than happy to oblige.

Did that man just go airborne? I’m pretty sure he did. Hawk didn’t even look like he broke a sweat leveling that poor moron across the tee box.

If that tackle is any indication, the Green Bay Packers’ defense appears to be in top form heading into training camp (which starts in a week).