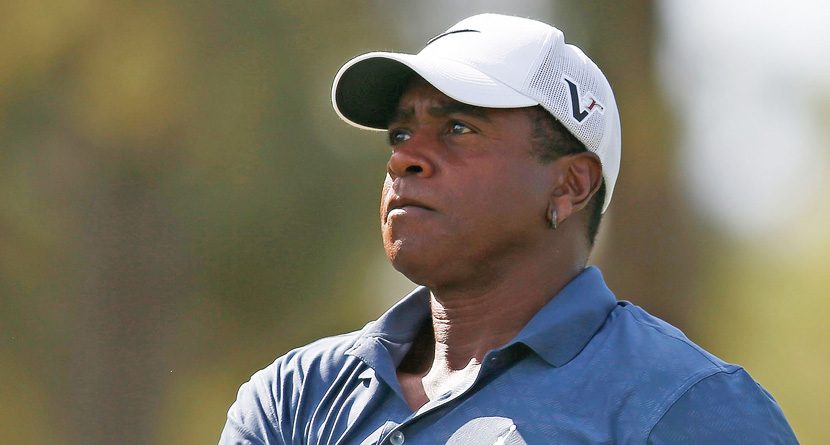 Ahmad Rashad, one of the greatest sports broadcasters of his generation, is joining Back9Network. The Emmy Award winner will jump in as executive producer and on-air host.

“Back9Network is a special opportunity that I simply could not pass up,” said Rashad, who previously worked for Golf Channel. “I’m excited for the many possibilities that lie ahead. Co-hosting ‘Morning Drive’ was a great experience, and I would like to thank Molly Solomon and the Golf Channel for the past year.”

A former college football and NFL star who will continue his executive producer and host roles for NBA TV, Rashad boasts a 3 handicap on the golf course – a result of often playing with two of the biggest names in the sport: Tiger Woods and retired NBA star Michael Jordan.

Rashad also uses golf as a means to benefit others. Earlier this month he hosted the 4th Annual Ahmad Rashad Golf Classic at the Mohegan Sun Country Club at Pautipaug in Baltic, Conn., an event that serves the REACH Foundation in aiding children with physical, social and financial needs. Pro athletes such as Ray Allen and Mike Eruzione attended the two-day golf tournament.

“We are delighted to welcome Ahmad to Back9Network,” said James L. Bosworth, CEO of Back9Network. “Ahmad’s personal style, love of golf, and desire to grow the game aligns perfectly with the mission of Back9Network. In addition, Ahmad brings a unique dimension to our network’s programming with his vision and relationships within both the golf lifestyle space and professional sports.”

Welcome to the club, Ahmad.