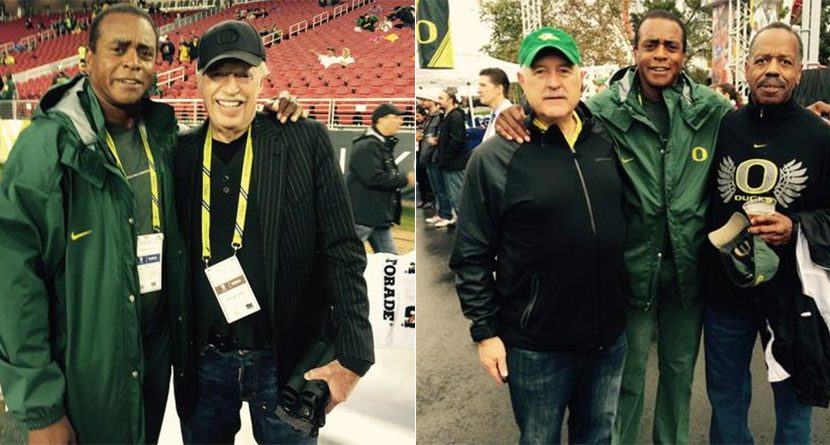 It was a good weekend for Oregon Ducks football fans as the team trounced Arizona in the Pac-12 championship game and earned a spot in the inaugural College Football Playoff.

Back9Network host and executive producer Ahmad Rashad took in the game and served as honorary captain for the Ducks, for whom he enjoyed three record-setting seasons that saw him rush for 2,306 yards, catch 131 passes and score 226 points.

Rashad shared his school pride and what it meant to serve as honorary captain via Twitter:

Being honorary captain for tonight’s Oregon Arizona game is one of the biggest honors of my career! GO DUCKS!

The boys class of 72! pic.twitter.com/ik2ooJdekK

Me and the really big duck! pic.twitter.com/dlRwJArXPF

Emmy Award-winning sportscaster Ahmad Rashad gives the Back9Network’s audience a rare opportunity to go behind-the-scenes with some of the biggest names in sports and entertainment. Ahmad delivers candid, yet in-depth interviews with the compelling personalities that epitomize the lifestyle of golf.