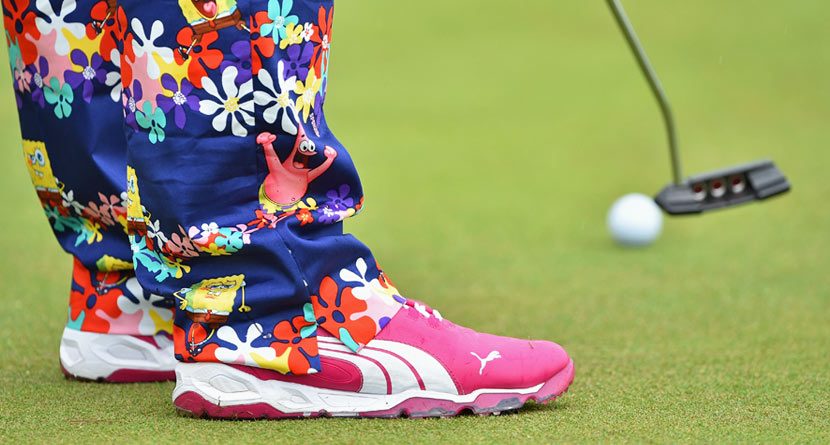 PGA Tour pro and former Open Champion John Daly is always on our radar. Well, his pants are, at least.

When Daly rocked a pair of Loudmouth SpongeBob SquarePants trousers back in January, we all about lost our minds. Welp, The Lion has brought those pants back out of his closet for this week’s major at Hoylake, and they are as glorious now as they were then. There is no doubt that Daly is one of the boldest golfers when it comes to his wardrobe choices. Here is a gallery of other pant styles he’s worn over the years: