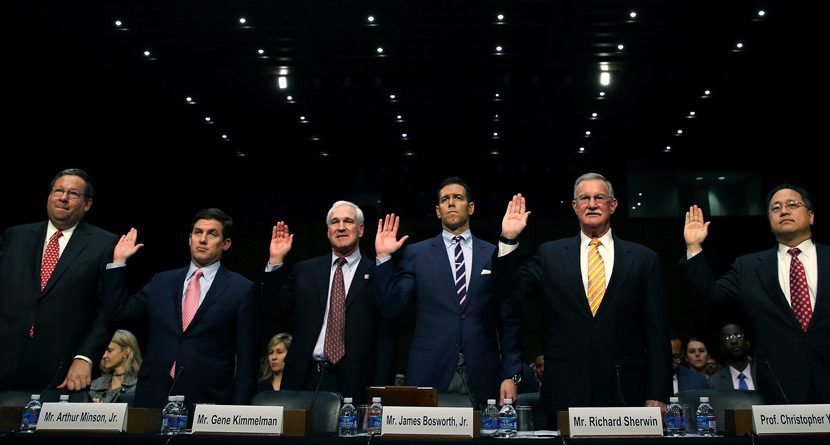 Jamie Bosworth, CEO and Chairman of Back9Network, was one of six witnesses requested to testify at the Senate Judiciary Committee hearing about the proposed Comcast-Time Warner Cable merger.

Video: Click Here to Watch the Hearing on C-SPAN3

The following statements can be attributed to James Bosworth, Chairman and CEO of Back9Network:

“True independent networks like ours, with zero affiliation with any other channels or distributors, rely solely on advertising revenue in the early years.  Therefore, there are two requirements for a successful cable launch: (1) the ability to produce or acquire quality programming; and (2) initial carriage on one of the four largest video distributors — Comcast, DirecTV, DISH Network, or Time Warner Cable — which are the only distributors that have the ability to reach viewers in the top markets that advertisers want.  But it’s not that simple.  Satellite providers have severe bandwidth limitations and are hesitant to launch new channels.

“If there were effective competition in the distribution market, we wouldn’t worry about Comcast’s vertical integration.  We would put our programming up against the Golf Channel, and let the audience decide what’s compelling.  But in the real world, a new, independent network needs to be in the top 10 markets — and that means you need Comcast and Time Warner Cable.”

“We are fighting for the right to exist, for our investors, for our employees, and, most importantly, for the consumer, for choice in the marketplace.  If this merger goes through without effective, enforceable conditions that force Comcast to treat new channels fairly, we are concerned for both channel innovation and customer choice in the future.”

The following statement can be attributed to Ahmad Rashad, executive producer and on-air host for Back9Network:

“It’s all about inclusion and trying to promote the game of golf, and the best way to do that and become a flag-bearer for diversity in the sport is to partner with Back9Network.”