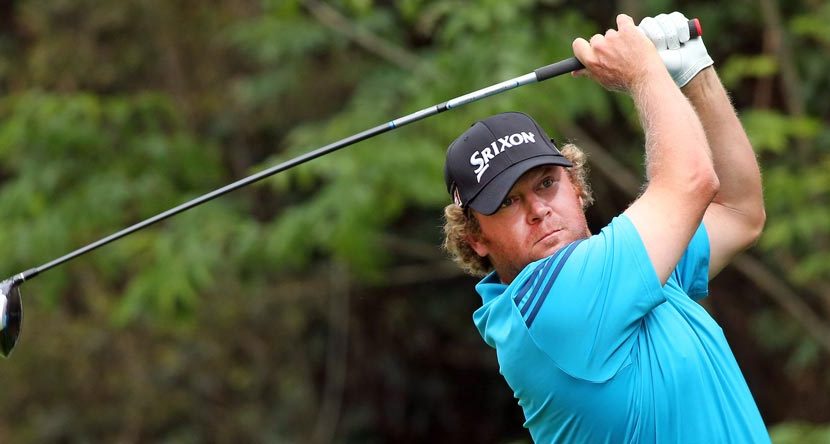 On the strength of five birdies among his first six holes Saturday, Back9Network ambassador William McGirt jumped to the top of the leaderboard at the Northern Trust Open with a third-round 6-under 65. That gives him a two-shot lead heading into Sunday’s final round at Riviera Country Club.

And it puts the 34-year-old on track to collect his first career PGA Tour victory. McGirt has twice finished second – at the 2012 and 2013 Canadian Opens.

He began the week with a 2-under 69 on Thursday, then dropped two strokes with a 67 on Friday. That round started on No. 10 for McGirt, and he began his back nine with an eagle on the 503-yard par-5 first hole.

McGirt started Saturday in fifth place and three shots back of leader Sang-moon Bae, but the birdie binge to begin his day quickly made up for that difference. He cooled off and ended his front nine with three straight pars, then carded three more birdies in his first four back-nine holes. After McGirt bogeyed 15, he settled for three more pars to close out the round.

McGirt’s three consecutive rounds in the 60s are his first since last year’s Canadian Open in July.

George McNeill and Charlie Beljan are right on McGirt’s heels at 10-under, and three more players sit at 9-under. Half a dozen guys are 8-under going into the final round, including a quartet of big names: Bubba Watson, Jordan Spieth, Jimmy Walker and Dustin Johnson.

Only Watson had a better day than McGirt with a bogey-free 64. James Hahn matched McGirt’s 65, but sits well back in a tie for 24th.