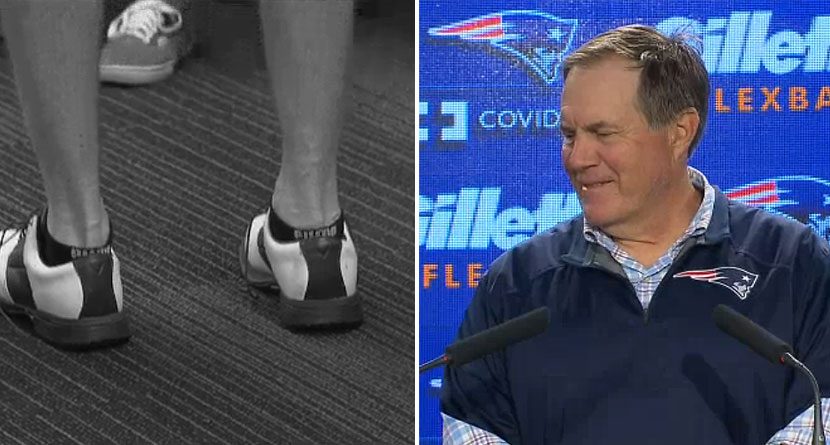 Bill Belichick may not be viewed as one of the most outgoing NFL head coaches around. In fact, if you’re interviewing him, don’t expect more than 15 words.

But if you do want to pull the comedian out of the three-time Super Bowl champion, wear golf shoes to a press conference. Seriously.

The best part about the exchange? Belichick was supposedly wearing flip-flops.

Yep, he called out the guy wearing golf shoes while he was wearing flip-flops, himself. Would you expect anything different from Belichick? In short … no.

Just don’t wear those flip-flops to the course, coach.