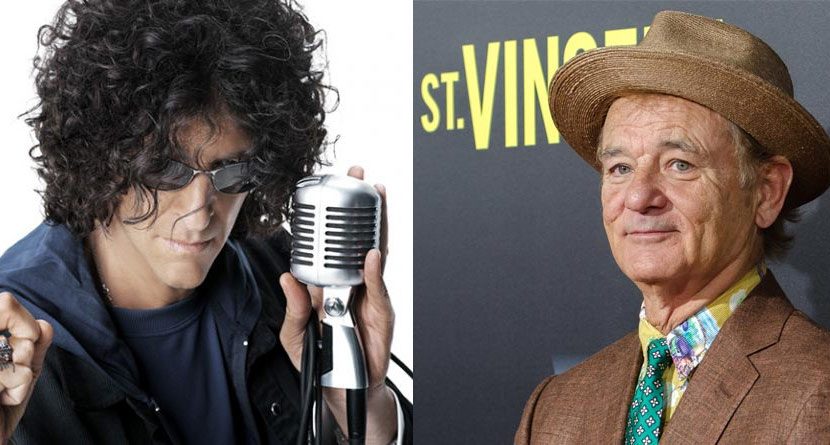 It seems like Bill Murray is everywhere nowadays. From the Alfred Dunhill Links Championship, to George Clooney’s wedding and the red carpet for the premiere of his new film, “St. Vincent,” the guy never seems to stop.

After finishing up his week of golf in Scotland, Murray dropped in on SiriusXM’s Howard Stern Show on Wednesday. Of course, being an avid golfer, Murray opened up about his game, his summer job as a 10-year-old kid, and teased a new golf project he could be working on.

As far as his game, he gave himself plenty of credit on the course — as he should — telling Stern where he stands in the ranks of the average golfer.

As we learned in his interview with Back9Network’s Ahmad Rashad, Murray’s experience caddying as a kid is what introduced him to the game he’s come to love so much.

“I was a caddie, Howard, so that’s how I came to golf. It’s not that I want to dress any certain way or wear loafers without socks. I worked my way through school as a caddie. Then all of a sudden I had some money so I didn’t have to caddie anymore and I could sort of go out and play golf.”

It wasn’t just a summer job for him, though. Caddieing for “made men” taught him valuable life lessons, and he offered a word of advice for caddies everywhere.

“Well, it was a great education,” Murray said. “You learned a lot about how you wanted to be treated, and you learned how to treat people by seeing how these people treated you.

“Show up, keep up and shut up: That’s what a caddie’s supposed to do. I could caddie for 18 holes and say virtually nothing — I could also engage in a real conversation with someone that was more of a humanist. But I did learn how to treat people as well as I do. I learned a lot of it in golf.”

The most interesting part of the interview was Murray’s big tease of a new project he might be working on. He doesn’t give many details, but it’s enough to get fans extremely excited.

“There’s something that’s come up that’s kind of a creative thing,” he said. “It involves merchandising. It gives me a chance to write and to create something and it’s sort of golf related. I think golf has been kind to me and I’ve met a lot of extraordinary people through golf. “

Stern would go on to ask Murray if we’d see Bill Murray golf bags in the future — to which he said no — but it’d be “something like that.” Could it be a larger relationship with theCHIVE and its new line of golf apparel? We’ll have to wait and see what Murray’s big plan is, but it’s bound to be great.

To close out the interview, Stern asked Murray what he thought about the recent phenomenon on the PGA Tour: yelling Baba Booey. Murray wasn’t aware of that particular trend, but he did confess that he watches golf on TV sometimes. If that’s true, he’ll absolutely hear that screamed next time. Like Stern said, it’s “the new rage.”

For more Bill Murray, check out his interview on AHMAD RASHAD on Back9Network — DIRECTV channel 262. In the meantime, check out some of the clips from the revealing interview:

Bill Murray On The Game Of Golf