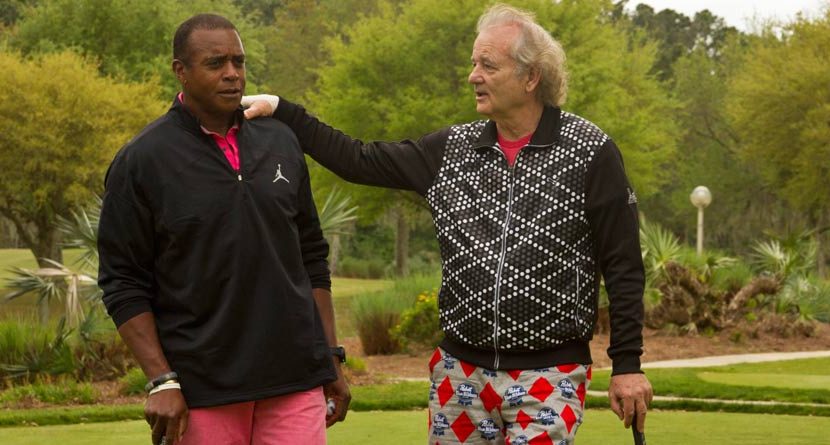 So Bill Murray is in Florida hosting his annual Murray Bros. Caddyshack Charity Golf Tournament, and it’s as awesome as that title implies.

How can it not be marvelous when the famous host is looking quite dapper in his Pabst Blue Ribbon shorts, courtesy of – who else? – Loudmouth Golf?

And a dotted PUMA jacket?

Underneath that jacket was a fantastic T-shirt paying homage the “Big Hitter,” a.k.a. the Dalai Lama, from “Caddyshack.”

Yet, as awesome as that outfit is, wouldn’t it be more fitting to sport some “Caddyshack” pants for the Caddyshack Charity Golf Tournament? Because they do exist:

Those slacks are even good for charity:

Coming soon, “AHMAD RASHAD” on the Back9Network, a 30-minute show portraying a different side of the sports world’s biggest names as they share their lives out of the spotlight.  Join Ahmad and his friends as he uses his style of storytelling to bring a unique dimension and insight into viewers’ homes in a way no other personality has ever done. To check out more of our programming click here.