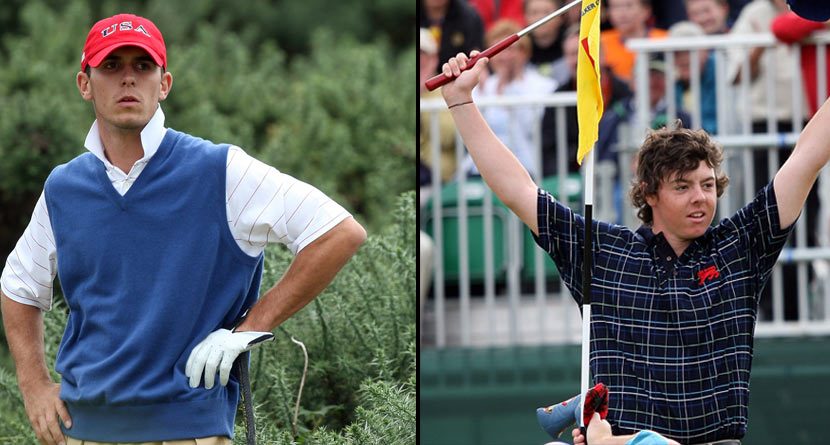 In case you haven’t heard, Phil Mickelson and Tiger Woods aren’t in the field at this week’s Tour Championship — and that’s OK! The game is in good hands at East Lake with two players renewing a rivalry that has long laid dormant and could become even bigger.

Enter Billy Horschel and Rory McIlroy — perhaps the two hottest players on the PGA Tour at the moment. Horschel won the BMW Championship last week and finished tied for second at the Deutsche Bank earlier this month. McIlroy has won four times this season and put together a streak of three straight wins at the Open Championship, WGC-Bridgestone Invitational and the PGA Championship. He’s also not finished outside the top 25 this year.

Horschel and McIlroy are paired together on Saturday for just the third time as professionals. The first two times came earlier this year on Thursday and Friday at the Honda Classic. This time, the stakes are much higher — much like the first time the two ever went head-to-head as amateurs at the 2007 Walker Cup.

That year at Royal County Down, the two squared off in three of their four matches, including twice in singles play. As you might imagine from a couple young hot shots, there was plenty of gamesmanship between the two and some hard feelings.

“His antics really pissed me off,” McIlroy said. “He was so loud and so obnoxious.”

“We played a couple of practice rounds together,” Horschel said following his second consecutive round of 66 on Friday. “Obviously everyone knows about the Walker Cup between us, but he’s a good buddy. If I happen to come out on top and we’re battling out on these next two rounds, that means a lot.” Horschel, who went 2-1 against McIlroy at the 2007 Walker Cup, also heaped on the praise for the world No. 1, but admits he’s surprised at just how meteoric his rise has been.

“Honestly, I knew Rory was the best player on the team,” Horschel said of his rival that week. “But did I see him winning three majors and did I see him winning two majors by eight shots or more?  No, I mean, it’s tough to see that in someone so young.  He was 18 years old.  You never know what’s in store for someone at such a young age.

“But I knew he was going to be good.”