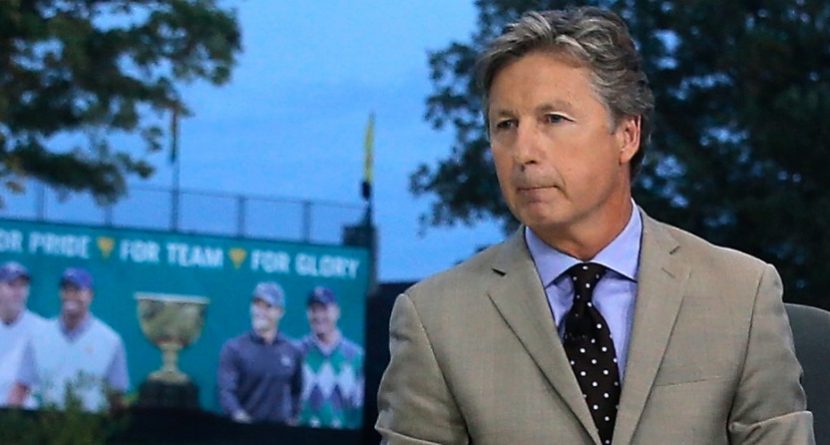 Despite getting blasted by folks near and far, Brandel Chamblee is not backing away from his statements that suggested Tiger Woods is a cheater.

In his first comments since a controversial column he published last week for Golf.com – in which he gave Woods a grade of “F” for the season – Chamblee told the Associated Press that he’s entitled to his opinions and others are entitled to theirs.

Chamblee, who also works as an analyst for Golf Channel, referenced three rules violations and a penalty drop for Woods this past season as his basis for writing that the golfer “was a little cavalier with the rules.” One such rule violation came to light when video from the BMW Championship showed Woods’ ball move slightly as he removed a small branch from in front of it. Woods thought the ball oscillated but returned to its original position, yet he was later penalized two strokes.

The writer also told a story about a former teacher of his giving him a 100 on a test, but then crossing that out and writing an “F” because she knew he cheated. Chamblee copied the act in grading Woods.

“I think ‘cavalier with the rules’ allows for those with a dubious opinion of the BMW video,” Chamblee said in an email to the AP. “My teacher in the fourth grade did not have a dubious opinion of how I complete the test. But she was writing to one, and as I was writing to many, I felt it important to allow for the doubt some might have, so I chose my words accordingly.

“What people want to infer about that is up to them,” he said. “I have my opinion, they can form theirs.”

“I don’t feel I’m the one that needs to justify the ‘F.'” Chamblee continued. “The BMW video does it for me, followed by Tiger’s silence — until confronted — and then by his denials in the face of incontestable evidence to the contrary of his petitions. To say nothing of the fact that he was disrespecting his position in golf, the traditions of golf and his fellow competitors, in my opinion.”

“There’s nothing you can call a golfer worse than a cheater,” Steinberg told ESPN.com. “This is the most deplorable thing I have seen. I’m not one for hyperbole, but this is absolutely disgusting. Calling him a cheater? I’ll be shocked, stunned if something is not done about this. Something has to be done.

“There are certainly things that just don’t go without response. It’s atrocious. I’m not sure if there isn’t legal action to be taken. I have to give some thought to legal action.”

And now, considering Chamblee has been just as anti-Tiger in many of his assessments for the Golf Channel, some are wondering if the world’s No. 1 player might boycott interviews with the TV network.