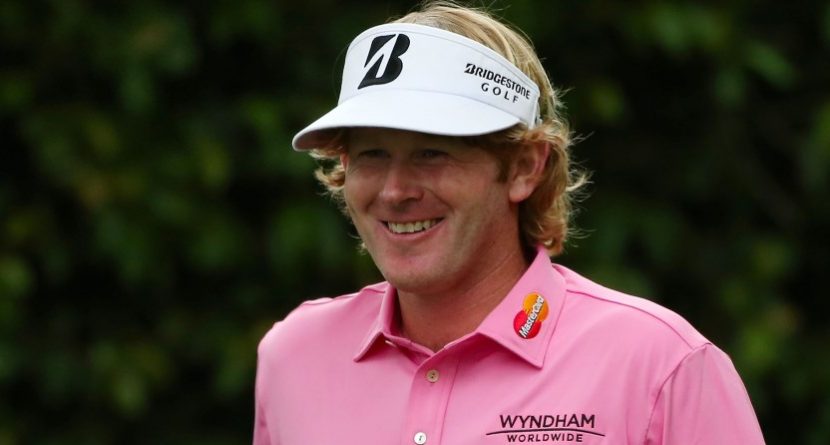 James Franklin is leaving his head coaching gig at Vanderbilt to take over the same role for the Penn State football program. Apparently he doesn’t care too much about improving his golf game.

After leading the Commodores to a 9-4 record and concluding this past season at No. 24 in the AP poll, rumors have been rampant about Franklin’s possible departure. He was linked to jobs in both college football and the NFL.

So Vanderbilt alum Brandt Snedeker did what he could to keep the coach in Nashville:

Sweetening the offer to keep @jamesfranklinvu here.. Free golf lessons for life if he stays.. Impossible to turn down!! #bestcoachanywhere

Vandy nation, need to let @jamesfranklinvu know how much we want him to stay.. #franklinfever

That’s quite the offer, and one that should be taken seriously.  Then again, it might have been tough for Sneds to actually follow through, considering he spends most of his time not in Nashville.

But not everyone may realize that. Maybe Vanderbilt can use Snedeker’s offer to lure in a quality coach and keep the Commodores competitive in the SEC? Which would be more likely: a pro golfer giving free lessons to a football coach, or Vanderbilt becoming an annual football powerhouse?

Other Hot Links:
– TV Preview: Back9Network Original Programming
– Padraig Harrington Obeys Wife, Doesn’t Jump Off Stadium
– Ray Allen: ‘He Got Game’ Sequel May Be On Its Way
– Rory McIlroy Asked Caroline’s Parents for Permission to Propose
– 5 Things You Could Be Doing In Hawaii Right Now