Breaking: China Gets Brutal on Golf 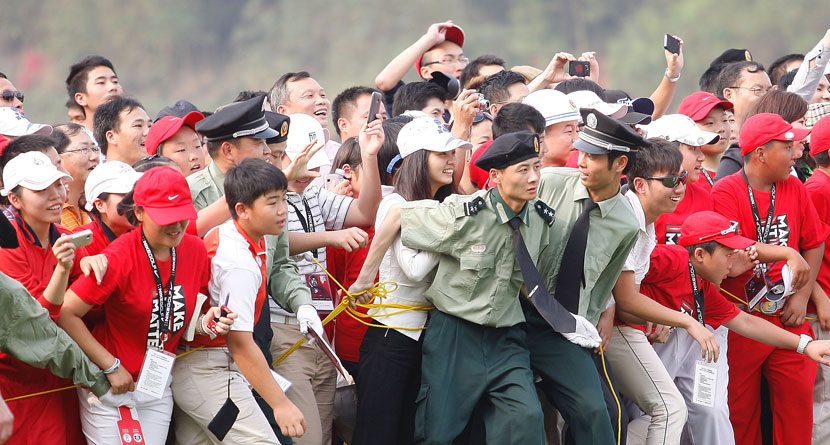 The Chinese Communist Party has delivered a massive blow to the golf industry in the Middle Kingdom that could be considered the final fatal blow to knock out the golf industry. This blow will be felt most severely in water scarce regions of China.

A reliable source told the Asia Pacific Golf Group that the government of President Xi Jinping, is reported to raise water prices from next month. According to the source, the measures will be draconian and will feature a multi-tiered pricing system to put more of a burden on heavy business users as it seeks drastic measures to protect scare resources.

The authorities  have created a new tax on water in the Beijing region which reportedly works out to 160 RMB per cubic meter. A typical golf course  uses 300,000  to 500,000 cu m per year. That is upwards of 60,000,000 RMB per year for water (US $10,000,000 ) which is going to be impossible to sustain for golf course operators in China. It is not known how this will play out in other regions of China. “This new politburo just hates golf and it is getting grim,” lamented our source. Meanwhile, China’s national news agency Xinhua said  China’s more than 90 percent of households will see prices rise by just 1 yuan (US$0.16) per cubic metre, from 4 yuan to 5 yuan. There will be a much larger increase for big industrial consumers.

Golf courses and ski resorts – many of which rely on artificial snow machines in arid Beijing – will also pay for 160 yuan per cubic meter, Xinhua added.

“For those big consumers, we hope the new pricing system will push them to consider upgrading their facilities for water saving and recycling,” Xinhua quoted Liu Bin, deputy head of the Beijing Water Authority, as saying.

The city has only 100 cubic meters of water available per person, just a tenth of the U.N. “danger threshold”, Xinhua said.

Underground water levels in Beijing have dropped 12.8 meters since 1998 with some 6.5 billion cubic meters of ground water over-pumped, Liu added.

Money raised from the increased charges will be used in a special fund for saving water and be invested in water saving schemes as well as improving public awareness of the issue, Xinhua added.

Situated close to the outlying parts of the Gobi Desert, Beijing can go for months without significant rainfall, especially in the winter, while dramatic summer storms flood the streets and overwhelm drains.

Despite public concern about China’s rapidly degrading environment, awareness of water conservation is low in many parts of the country, especially in Beijing, where hosepipes can be left running all day to water gardens and other green spaces.