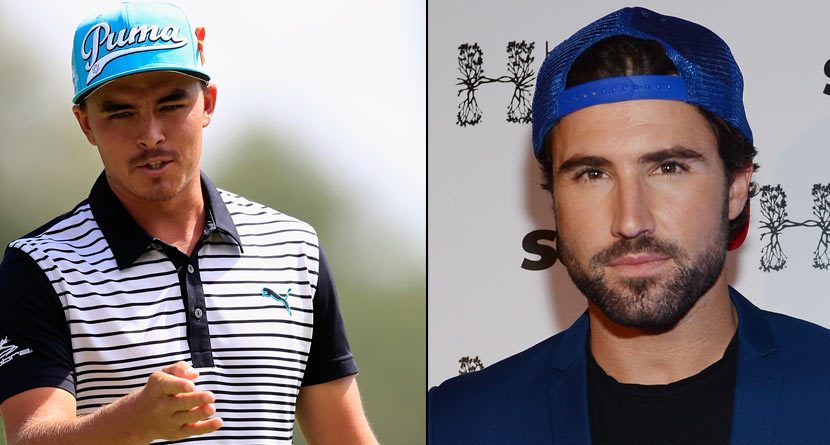 It’s no secret that Brody Jenner, like his father Bruce, is a big golf fan. Another horribly kept secret is that Jenner loves himself some Rickie Fowler.

Recently, Fowler joined up with the folks at COBRA PUMA GOLF to hook Jenner up with some gear and a brand new set of clubs. Jenner took to Twitter to say thank you:

Ever the gentleman, Fowler replied:

You’ll be looking good out there now @BrodyJenner!! Yewww!!

Last month, Jenner toured the COBRA PUMA GOLF factory to get some help with his game and made sure to take a picture with Fowler — sort of:

“That @therealrickiefowler is just so hot right now!!. Thanks @cobrapumagolf for showing me around the factory and attempting to help my swing out.”

If you follow Jenner on Instagram, you know that he’s been a fan of Fowler for a while, often posting images of his favorite PGA Tour star during tournament coverage on TV:

“That was pretty cute @therealrickiefowler haha gotta love the determination.”

Ahh, bromance is in the air.