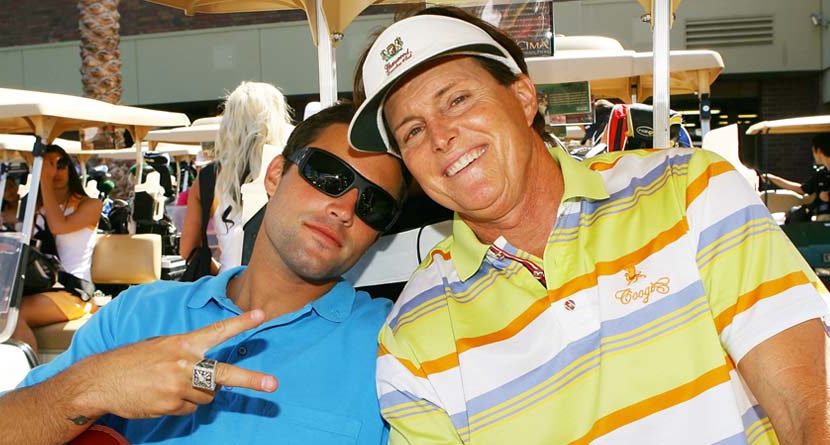 I don’t know about you folks, but if I was getting over a divorce from a Kardashian, chances are I would need hours and hours of therapy on the golf course. And liquor. Gallons of liquor.

Bruce Jenner seems to be using golf to get over his much-publicized split from Kris Jenner, according to multiple reports. People Magazine posted a few pictures of the former Olympic gold medalist on the course recently, and he appeared to be enjoying his newfound freedom immensely.

Jenner has long been known to have an obsession with golf, especially playing in the Bob Hope Classic annually. He also would routinely comment on his inability to enjoy the game he loves while married, instead having to corral all of the Kardashian women in his life.

He’ll definitely have more than enough time on his hands now, of course, so golfers beware.

Related Link: Will Ferrell Gets Rory McIlroy Into ‘Anchorman 2’ Premiere