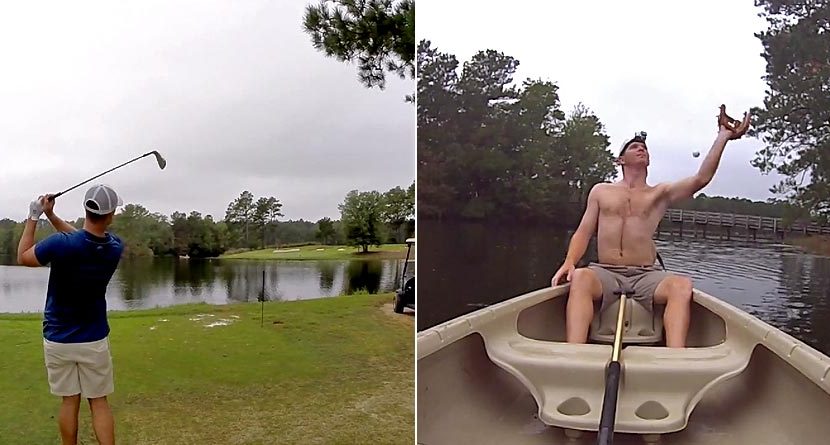 The Bryan Bros. never seem to run out of clever ideas on which to build their trick shot video series. Last time, they brought a ’69 Ford Mustang into the picture, and now they’re sending a friend out to sea. Actually, he’s just going out on a lake in a canoe, but it’s practically the same thing, right?

Among other great shots — like hitting a roll of duct tape off a post — their friend Danny sits in a canoe 155 yards out, attempting to catch golf balls that Wesley hits at him. And after that, Danny bravely holds up a target for Wesley and George to aim at — sans padding or protection.

It’s been said before and I’ll say it again: These guys are good.

And a big round of applause goes out to Danny for being the brave soul that he is. Not many people would be willing to hold up a target for someone to hit screaming golf balls at.