By the Numbers: Kraft Nabisco Championship 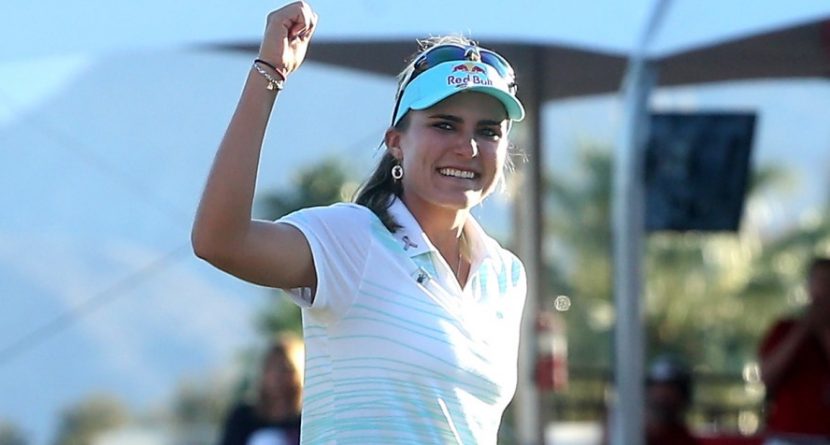 The first major of the LPGA season featured a marquee final pairing: Lexi Thompson and Michelle Wie. The two stars were tied at 10-under entering Sunday’s final round of the Kraft Nabisco Championship at Mission Hills Country Club in Rancho Mirage, Calif., but it quickly became the Lexi Show. Here’s a look at some numbers from Thompson’s first career major championship:

19 – Age of Thompson, who at 19 years, one month and 27 days is the second-youngest major winner in history. Only an 18-year-old Morgan Pressel at the 2007 Kraft Nabisco was younger.

4 – Number of birdies for Thompson over the first nine holes Sunday, which gave her a five-shot lead at the turn. She played even-par the rest of the way for a 14-under 274.

3 – Number shots behind that Wie finished. She carded four birdies and three bogeys in her final round.

3 – Number of total bogeys for Thompson out of 72 holes in the entire tournament. Two of them came during her first-round, 1-over 73 on Thursday, and the third came at 18 to close out her 3-under 69 on Saturday.

17 – Number of total birdies for Thompson over her four rounds. Just one came on Thursday, eight came during her 8-under-64 round on Friday, four birdies were had on Saturday, and four more on Sunday. 274 – Average driving distance in yards for Thompson on the year, No. 1 on the LPGA Tour.

21st – Place that Thompson tied for at the 2009 Kraft Nabisco Championship, Thompson’s previous career best in this major. She was the low amateur in that event.

9 – Thompson’s spot in the world rankings prior to this week; she’s expected to move up to sixth. Wie was 38th.

2nd – The best finish by Wie at a major since she also was runner-up at the 2005 LPGA Championship, when she ended up three strokes behind the great Annika Sorenstam. Wie was still an amateur back then.

3rd – Final place for Stacy Lewis, who at No. 3 is the top-ranked American female in the world. She finished the Kraft Nabisco at 7-under, seven strokes behind Thompson. Lewis won her first career major here three years ago, and collected her second last year at the Women’s British Open.

38th – Final place for South Korea’s Inbee Park, the defending Kraft Nabisco champion and top-ranked player in the world. She was +4 overall.