By the Numbers: WGC-HSBC Champions 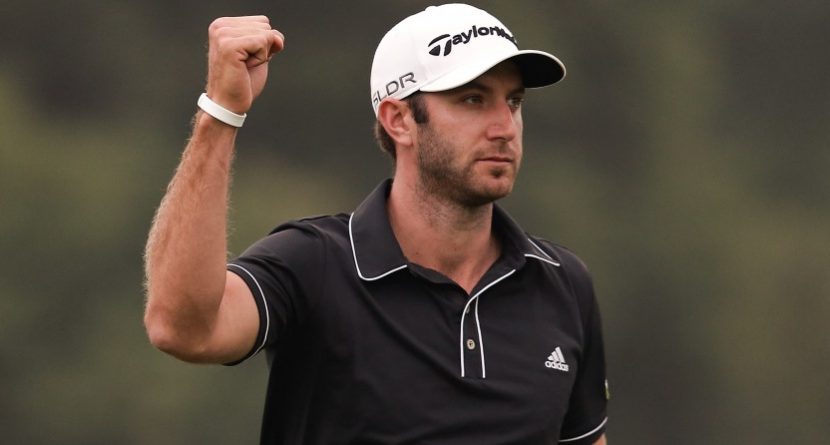 Many of the biggest names in golf took a break from their autumn vacation to play the World Golf Championships-HSBC Champions this weekend in Shanghai, and many of those stars posted stellar numbers. The best performance was turned in by winner Dustin Johnson, who fended off half of last year’s European Ryder Cup team to secure his first victory since January.

Take a look at Johnson’s numbers, as well as some of the impressive ones put up by his foes:

5: Strokes under par that Johnson played his final six holes Sunday. After taking the lead with 10 birdies and a bogey on Friday, he stroked 10 more birdies on Saturday but also carded two double-bogeys. One of those came on 18, and he began Sunday with bogey, meaning he dropped three shots in consecutive holes. But Johnson evened out, and put things away with a pitch-in eagle on 16.

$1.4 million: The amount of Johnson’s winner’s check, one of the largest in golf and only a shade less than the pot given to major winners.

7: Number of consecutive seasons that Johnson has won at least one PGA Tour event. That’s also the same number of years he’s been on the tour. The only player who won in more consecutive years to start a career was Tiger Woods, who took a title at least once during his first 14 seasons.

62: The low round of the tournament, shot by Kaymer on Saturday to set the Sheshan International course record. The German won the HSBC Champions two years ago, largely due to tying the course record at 63 in the final round.

14: Number of players who left China with a six-figure check. Despite finishing 12 shots back, Mickelson walked with $100k.