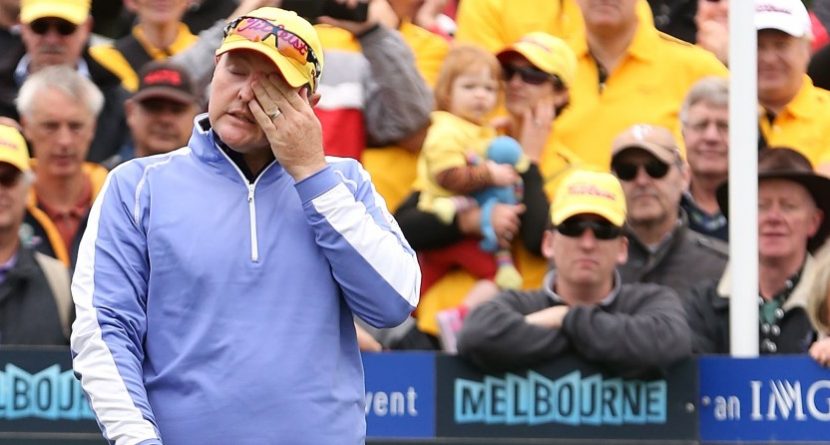 With tears in his eyes and his daughter watching him in a tournament for the first time, Australian cancer survivor Jarrod Lyle carded a 1-over 72 in the first round of the Australian Masters on Thursday, his first professional appearance since being diagnosed for a second time with leukemia in 2012.

That score has him seven shots off the lead, but well within range of making the cut at Royal Melbourne. Honestly, though, Lyle’s finish this week is not important. Just his presence is enough.

Lyle, 32, said he was “an absolute mess” on the first tee, but it was completely understandable. His daughter, Lusi, called out to him from the arms of Lyle’s wife, Briony.

Nick Cullen shot a 6-under 65 to take the early lead, two shots ahead of tournament-favorite Adam Scott.