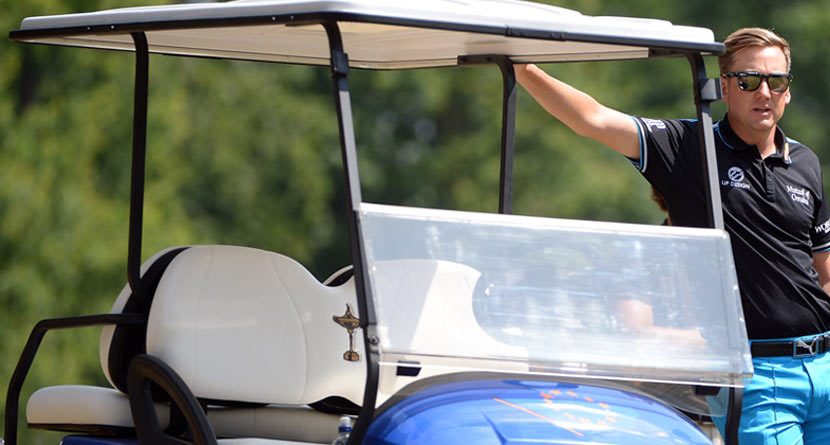 Ian Poulter’s love of fine automobiles is no secret. The 12-time European Tour winner has a car collection bested only by Jay Leno. Okay, there may be a few more impressive collections, but that doesn’t diminish Poulter’s love for all things fast. That’s why it’s fitting that Poulter served as an honorary official at this year’s Daytona 500.

I will be attending the Daytona 500 tomorrow which will be great fun. They have invited me as an Honorary Race Official.

As part of his experience, Poulter got to take a couple laps around the speedway in the official pace car for this year’s race.

Just about to do a few laps at Daytona 500. Pretty special I have to say. What a race. pic.twitter.com/0qKXB0EmbQ

Shortly after his trip around the speedway, Poulter toured the pits, getting a chance to hang out in Kasey Kahne’s stall and meet Denny Hamlin on the grid.

Then he got to hang out with 50 Cent…because, of course he did:

Unfortunately the weather in Daytona hasn’t been perfect:

Who knows? After this, maybe Poulter will take his passion for speed to the next level and join Rickie Fowler on the track once his career on the links is over? We all know he’s not afraid of anyone on Tour. Maybe a second career on the track would suit him well?