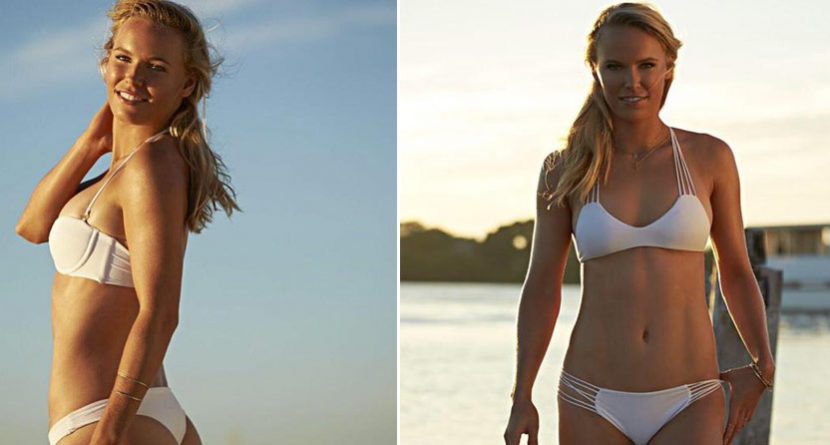 For a long time, it looked like Rory McIlroy was “winning the breakup” with Caroline Wozniacki. Two majors and four wins immediately following the breakup will do that for you.

But hold the phone — Wozniacki threw some serious heat out there and surged ahead into the “breakup lead” with Monday’s news that she is featured in this month’s Sports Illustrated Swimsuit issue.

I can’t believe the @si_swimsuit is out today!! Have been keeping this a secret for so long! LOVE the pics!

For more behind the scenes, check out the video detailing her first day of shooting with the SI crew: