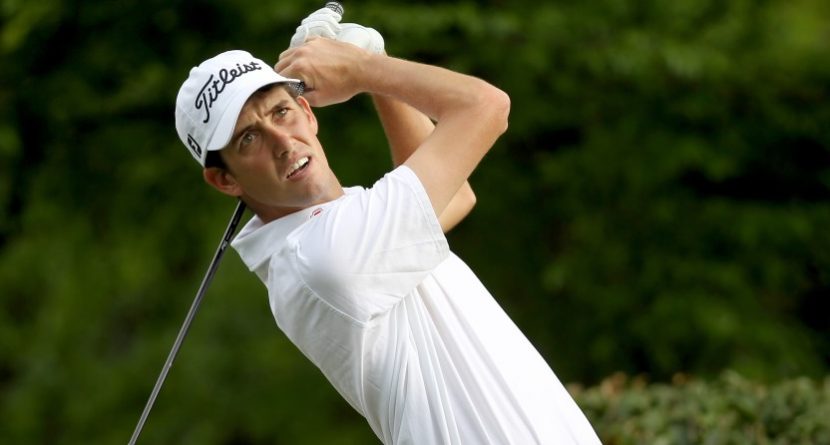 Unexpectedly, Chesson Hadley may have found a new putter. Well, not a new putter, but a modified one.

After making double-bogey to close out an up-and-down front nine Thursday at the Wells Fargo Championship – his scorecard at that point showed three bogeys, the double, and two birdies – Hadley’s caddie, Josh Svendsen, tripped over some TV cables on their way to the 10th tee. He landed on his man’s clubs, and the shaft of Hadley’s putter was bent:

No matter. Hadley went on to make birdie on that 10th hole, and after a bogey on No. 12, he was even the rest of the day. So that was 3-over-par with a normal putter, even-par with a bent putter. Coincidence?

Probably so. We assume Hadley will get things straightened out – literally – for the rest of his week.