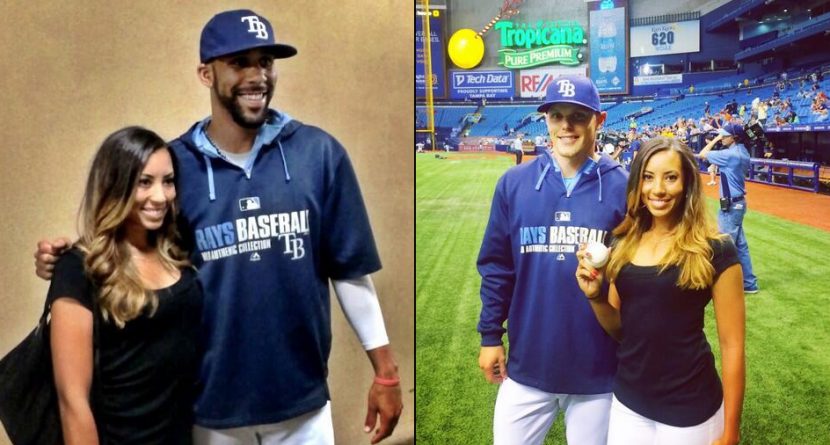 In town for the Symetra Tour’s Guardian Retirement Championship this week, Back9Network ambassador Cheyenne Woods was an honorary guest Wednesday night at the Tampa Bay Rays game against the Minnesota Twins. Tiger Woods’ 23-year-old niece threw out the first pitch, and the form wasn’t bad:

#B9N Ambassador @Cheyenne_Woods Is Getting Ready to Throw Out the First Pitch @RaysBaseball Game! pic.twitter.com/CVkap0tMTd

Had such a good time at the Rays game tonight. Nice meeting @DAVIDprice14 ! pic.twitter.com/WqQasYXQzz

It was definitely better than Lexi Thompson’s recent toss.

Anyway, Woods will tee off at the Guardian Retirement Championship on Thursday in Sarasota, Fla., about an hour south of Tampa and her fourth Symetra Tour start of the season. Her best finish on the tour so far is a tie for 14th at the Visit Mesa Gateway Classic. In February, Woods won the Ladies European Tour’s Ladies Masters, her first major pro victory.