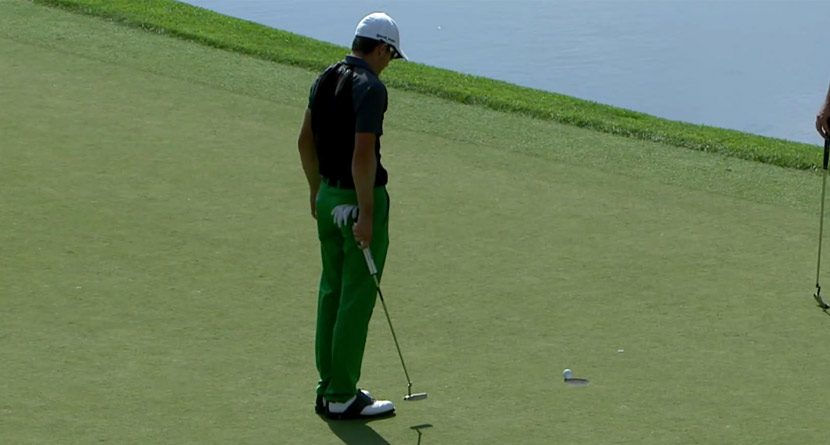 It’s one of the longest putts you’ll ever see … in seconds, that is.

During the final round of the Memorial Tournament on Sunday, Scott Langley had us all on the edge of our seats when he left his putt on the edge of the cup. His 10-foot birdie putt on the 16th hole found the bottom of the cup after what seemed to be an eternity, hanging over the back of the hole for 22 seconds.

Luckily for Langley, he took his time walking to the hole after the shot. Rule 16-2 allows a player only 10 seconds to determine if the ball is at rest upon approaching the ball.

Here’s part of the rule: “When any part of the ball overhangs the lip of the hole, the player is allowed enough time to reach the hole without unreasonable delay and an additional ten seconds to determine whether the ball is at rest.”

Video evidence shows that Langley’s putt fell in after he stood over the ball for about eight seconds.

Thankfully, Langley refrained himself from going pulling a “Happy Gilmore.”