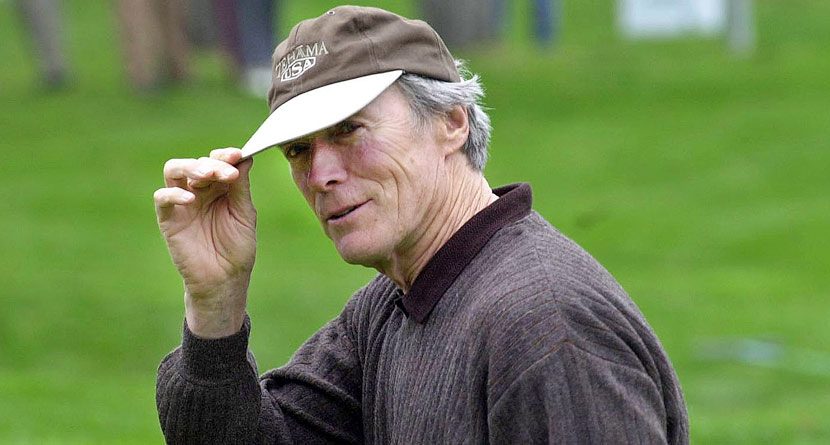 With its scenic location, surplus of celebrities, and PGA Tour golf, the AT&T Pebble Beach National Pro-Am is a happy place. But it was nearly met with tragedy Wednesday night.

According to the Carmel Pine Cone newspaper, the tournament’s CEO, Steve John, was saved by Clint Eastwood after John began choking on a piece of cheese. The 83-year-old actor performed the Heimlich maneuver to force out the blockage.

“A piece of cheese went in my mouth, and suddenly I couldn’t breathe. It was as bad as it could have been,” John told the Pine Cove.

“I looked in his eyes and saw that look of panic people have when they see their life passing before their eyes,” Eastwood said. “It looked bad.”

“Clint came up behind me, and he knew exactly what to do. He did the Heimlich maneuver, and he lifted me right off the ground. He’s strong! The cheese popped out, and I was fine,” John said. “I gave him three good jolts, and that got it out,” said Eastwood, who had only ever done the Heimlich as practice previously. “The look on Steve’s face was different than when somebody is just coughing or joking around,” Eastwood added.

The incident took place at a party for the tournament’s volunteers, at which some of the celebrities participating in the golf tournament performed, such as musician Kenny G and comedian Tom Dreesen. Thanks to Eastwood, it remained a fun and happy place.