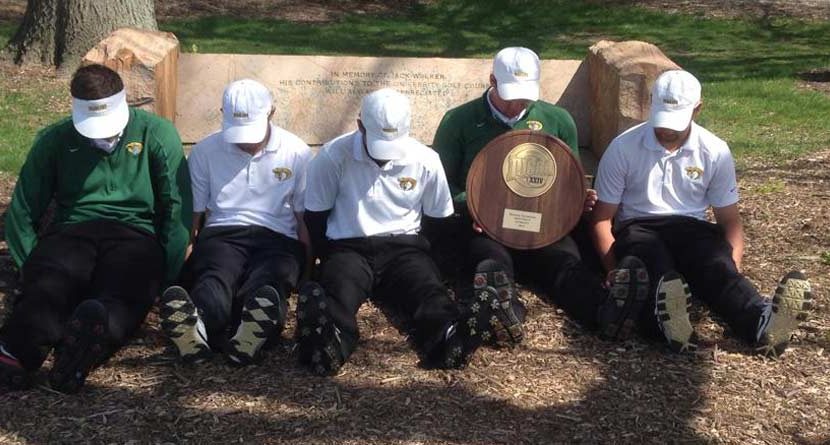 It’s been more than a year since “Dufnering” erupted onto the social media landscape, and it’s still going strong. On Monday, the Parkland College (Illinois) men’s golf team won Region 24 and qualified for nationals, then celebrated its accomplishment in terrific fashion.

It may not be the most enthusiastic celebration the players could have staged, but in our opinion, one of the best. Head coach Zach McNabney posted the photo on his Facebook page, congratulating his team on the feat.

But that’s not all. McNabney’s Facebook profile photo has him Dufnering against a dented car.

Congratulations to the Cobras for not only qualifying, but having the coolest celebration photo as well.