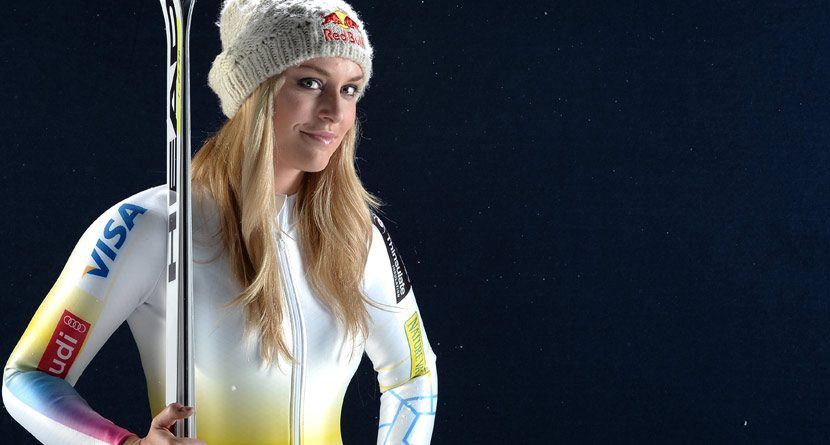 Tiger Woods won’t be attending the 2014 Sochi Olympics after all, because girlfriend Lindsey Vonn won’t either.

The greatest American skier ever announced via Twitter and Facebook on Tuesday morning that she will not be able to compete in the Games next month because the right knee that she injured nearly a year ago, and again in November, “is just too unstable to compete at this level.” Vonn will soon undergo another surgery.

I am devastated to announce that I will not be competing in Sochi. My FB page has the whole story. http://t.co/7KHSXa0xYJ

Though she returned to skiing on the World Cup circuit, and even placed fifth in a Super-G race her first weekend back, Vonn wasn’t gaining enough strength back to put up a strong defense of her Olympic downhill gold medal from 2010. On Dec. 21 in France, she felt her knee give out during a downhill run, forcing her to lose her balance and miss a gate. Vonn appeared to be in pain, and said no new damage was done to her knee, but it turns out she sprained her MCL .

Woods was present at that race, and said he would attempt to attend the Olympics to support the girlfriend who many times appeared at his golf tournaments last summer. But Woods knew more than the public did when he stated a month ago, “We just don’t know how her leg is going to be,” and that he was “day to day” in regards to attending the Games. At that point, Vonn was positive and said her knee was feeling stable.

But now Vonn shifts her focus to the 2015 World Ski Championships in her hometown of Vail, Colo., next February. She will be 30 by that point, and 33 when the next Winter Olympics come around in 2018.