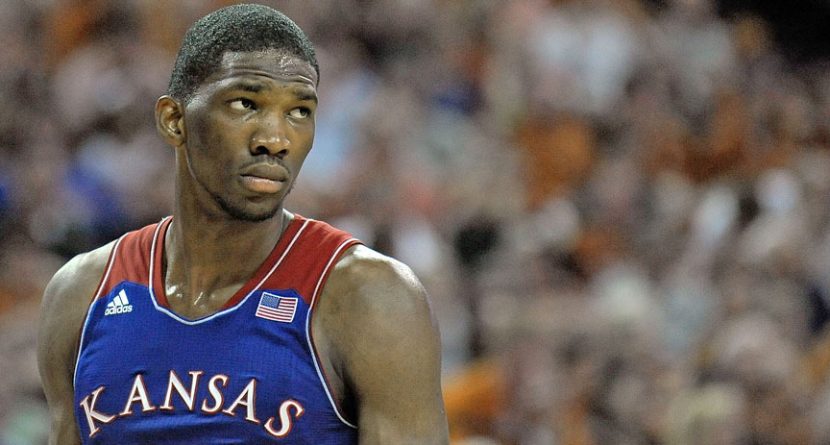 It is no secret that athletes from all major sports tee it up once in a while during their offseason. However, you don’t typically see players who are suffering from an injury playing golf, especially if you’re worried about your NBA Draft stock plummeting.

Regardless, that’s exactly what potential No. 1 pick Joel Embiid decided to do, according to USA Today. Well, maybe.

Embiid, once expected to be the first name NBA Commissioner Adam Silver reads on draft night, will have surgery on his foot Friday to repair a stress fracture. As you would suspect, teams went into panic mode as they considered alternative players to choose … you know, since you don’t want to pay millions of dollars to a kid with a bum foot.

Playing golf in this beautiful and sunny day

As you can tell by the photo’s comments, basketball fans weren’t too happy about a guy with a broken foot presumably playing golf on the day before going under the knife. (Most of those comments probably came from Cleveland, which holds the No. 1 pick.)

But we have no idea if Embiid actually played golf, or if he was just posing with a PING putter – for whatever reason – and decided to snap an innocent photo.

Could Embiid have physically played golf with a stress fracture in his foot? Maybe. It probably wouldn’t have been any fun, but that doesn’t mean he couldn’t do it.

Is it in Embiid’s best interest to play golf with an injury days before the NBA Draft? Depends on who you ask, but at the surface it seems pretty harmless (if he actually played golf). After all, he’s not employed by an NBA team. Yet.