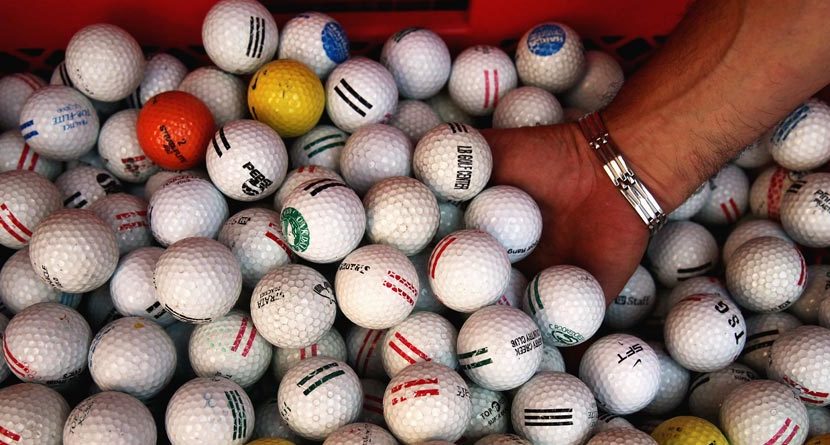 Golf balls are some of the most frequently lost objects on the planet (second to your car keys). It’s estimated that 300 million balls are lost each year in the U.S., but could you imagine losing 42,000 yourself? This driving range in Missouri has.

According to FOX 2, Golfport Driving Range has had 42,000 golf balls stolen from its facility over the past year, totaling $20,000 in value. The thief reportedly snuck onto the range in the middle of the night and shagged balls by the thousands.

The loss of golf balls was a major blow to the driving range, nearly putting it out of business.

Either this range-ball bandit has severe insomnia and had nothing better to do at 3 a.m., or he really needs to practice. He struck three separate times from November of 2013 to October 2014.

Thanks to the range’s “two-dogs” logo stamped on the balls, police were able to track down the thief, who admitted to the theft. Police located 2,000 of the missing golf balls, but 40,000 are still out there somewhere waiting to be found. Hopefully the business is able to recover from this horrible crime.