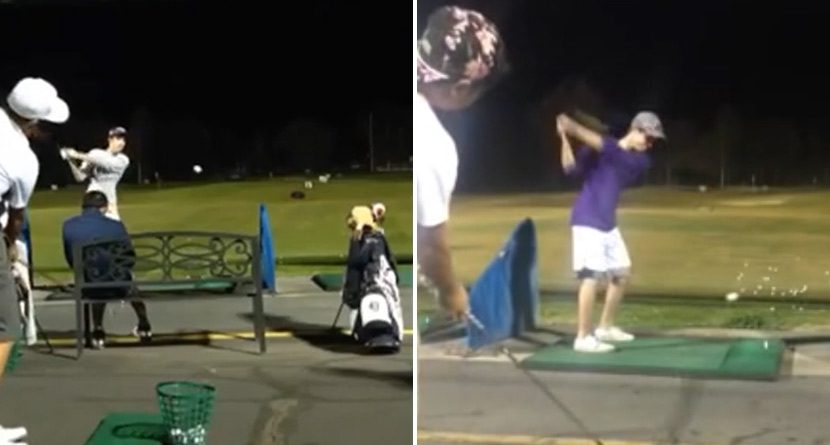 By now, surely everyone has seen the amazing trick shot video circling the web. The one where the two kids hit one ball at the driving range, right?

Well, they’re back in action. This time, they added a bench and a friend to increase the degree of difficulty.

After they pulled off the shot the first time, I said, “because it’s on video, they don’t ever need to do it again.” Obviously, trick shot artists Zachary Christman and Eric Angeles are a couple of bosses, just raising the stakes and upping the ante like it’s nothing.

This video was originally posted to Pinehurst’s web site. The club is trying to get the duo out to the course so they can “try the shot at The Cradle of American Golf.”

In case you didn’t see the first one, here it is.

Now that the bar has been raised, it’ll be interesting to see what these two trick shot artists do next.