Factory Worker Qualifies For The Open With Borrowed Clubs 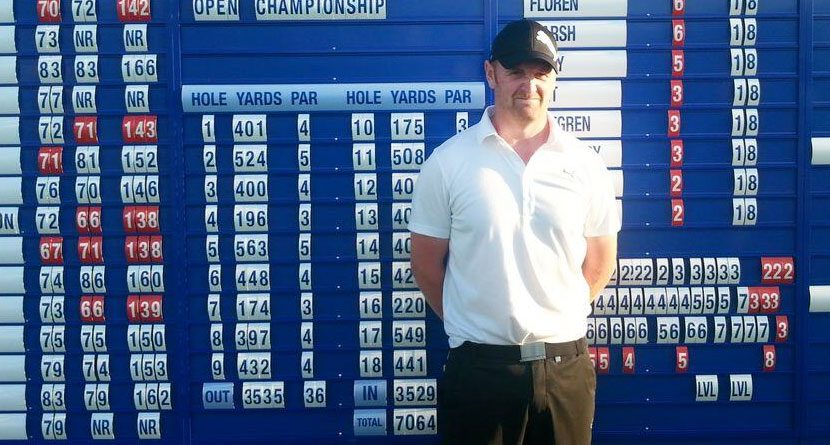 Often, there are extraordinary cases of players qualifying for golf’s biggest tournaments, such as 11-year-old Lucy Li playing in the U.S. Women’s Open. It’s the beauty of golf: if your game is good enough, you can play in some of the biggest tournaments in the world. That’s the case for this factory worker, and golfer, who qualified for The Open Championship … using borrowed clubs.

Thirty-year-old John Singleton, a resin factory worker from England, fulfilled his dream of playing in The Open Championship by winning a playoff using two wedges that he borrowed from a friend, (as if the fact that he works a full-time job at a factory wasn’t enough of a great story.)

And to top it off, Singleton was apparently 1,500-to-one to win the tournament and qualify for The Open. Singleton reportedly practices every day until 8 p.m., after getting off of work at 4:30 p.m., of course. The final (and hopefully easiest) obstacle en route to The Open for Singleton is getting his boss to give him two weeks off for the tournament.

Filming with John Singleton – the factory worker from Wirral who’s qualified to play in The Open. He’s a good driver. pic.twitter.com/20i6FiJmXC

“I’m going into work tomorrow morning,” Singleton said. “So I will find out if I can find out to have two weeks off work so that I can play in The Open. I hope I’m given it. It should be a fine.”

You have to love his modesty and humbleness.

The biggest question remains: will he use his own wedges, or the ones that got him into The Open?