Fans Now Encouraged To Use Social Media At Ryder Cup 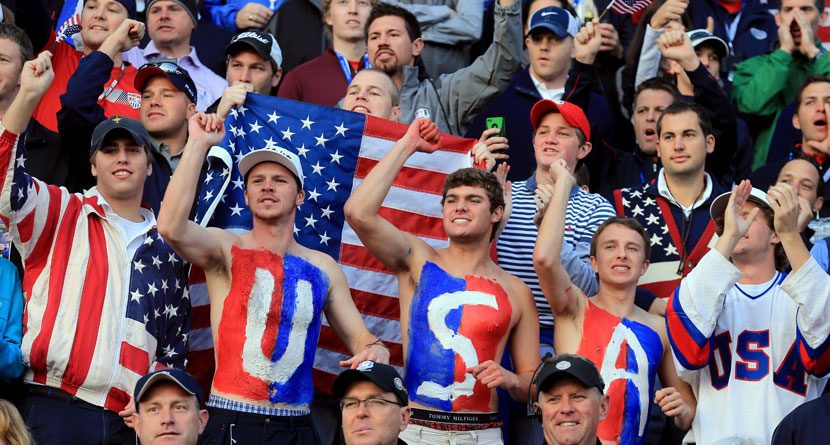 On Tuesday, The Telegraph reported that social media use would essentially be banned at the Ryder Cup this year, prohibiting fans from sharing any photos or videos taken at the event. Well, things have since changed.

According to RyderCup.com, social media will not only be allowed, but it will be encouraged — as it should be. And that includes selfies.

Edward Kitson, Match Director of The 2014 Ryder Cup, explained how the use of technology will be handled at the event:

“We want people to share their stories online and feel part of The Ryder Cup. We have put in place a range of fantastic activities in the tented village and around the course that use technology to improve the visitor experience, and these are integrated with social networks. Selfies are positively encouraged and I expect to see plenty of them during the event.”

But there are some rules, as expected:

“However, I’m sure everyone will understand that we have to draw a line in the interests of fair play and respect for the players and fellow spectators. Therefore no photography or video will be allowed during play at any hole. This is something we fully expect everyone to support given that The Ryder Cup is won and lost on very fine margins: we want to give the teams every chance of a level playing field and ensure everyone can see the action.”

Attempting to limit 250,000 fans from sharing photos of their Ryder Cup experiences would be near impossible. It’s difficult enough to prevent photos from being taken in the first place.

Social media interaction is not only what the Ryder Cup needs, but golf as a whole. For those of us not lucky enough to attend the event, it’s nice to get a feel for the experience through the Instagram account of a fan on the ground.