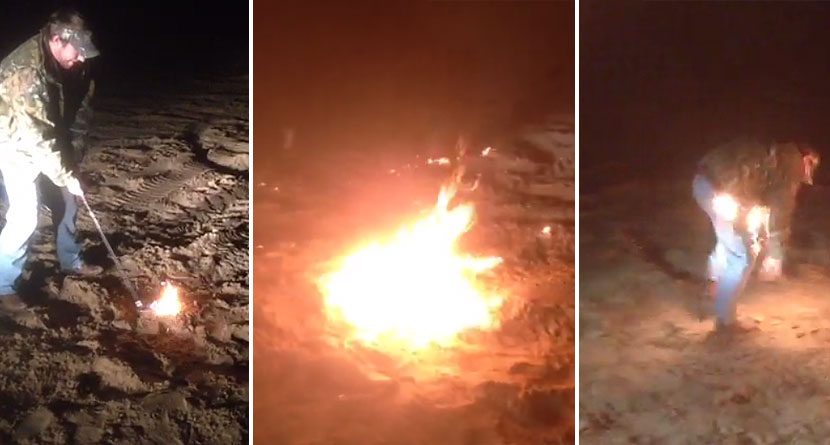 The guy in this (trick shot?) video from a few months ago decided it’d be a good idea to light a golf ball on fire and hit it. As you can imagine, it didn’t work out as he expected.

I’m not so sure he didn’t coat the head of his club with gasoline for a cool, added effect. If so, it worked.

Regardless, no one appeared to get hurt and it made for an awesome video. Even if it wasn’t really a trick shot … at all.

It appears we have another brave soul who attempted a similar trick shot involving fire. This one, however, appears to be a can-like object filled with highly flammable fluid instead of a golf ball. You can probably guess what will happen when the club comes in contact with it, but you obviously came here to watch the explosion:

Shorten that backswing a little and I think you’ve got it… #????????? ————————————— Send your #golf vids to us to be featured! #golffail #crazy #fireball #golfer #ilovegolf #whyilovethisgame #instagolf @boysfromthebend …love your stuff.

Well, good for him. At least he didn’t set himself on fire like the original mastermind.