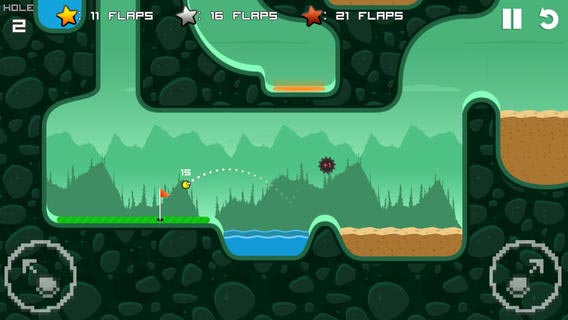 The craze that was the game Flappy Bird has died down quite a bit since the creator pulled it from the Apple App Store, but that hasn’t stopped developers from creating their own Flappy Bird imitations.  Albeit, none of the clones have captured the true phenomenon that the original did, but the developers over at Noodlecake Games have put a new spin on that little flapping bird; this time, with golf.

I give you, Flappy Golf.

The goal of Flappy Golf is to “flap” your way around treacherous obstacles such as water hazards, sand traps, and giant, sticky windmills to reach the hole with the fewest number of “flaps.” The game features 31 courses of nine holes each, giving players plenty of different, challenging environments to explore.

Flappy Golf is free on the App Store today, and if you were one of the few who missed out on the original Flappy Bird, this remixed version is a worthy consolation.