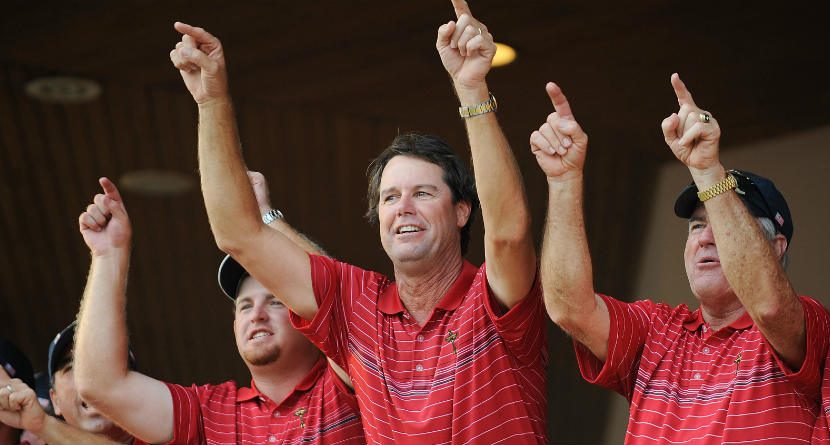 Ashworth Golf’s Paul Azinger made himself available to Back9Network and Back9Nation on Twitter and is here to answer your questions.

What was your favorite Ryder Cup as a player?? #AskAzinger @Back9Network @PaulAzinger

Paul Azinger: 1989. I will always remember my first Ryder Cup!

What was your favorite bar in Tally #AskAzinger

PA: Fred’s! It’s where I met my beautiful wife Toni.

In putting together Ryder Cup pairings were you more concerned with how they might matchup with opponent or their own chemistry? #AskAzinger

PA: Definitely the pairings chemistry! The Captain doesn’t know who the opponents will be for each session; it is a blind submission in an envelope.

Where did your love of foosball come from? #AskAzinger @Back9Network

PA: It all started playing with friends back in high school. I still play it today in my house!

PA: Absolutely! I don’t ever discount his ability to take on history.

@PaulAzinger which major do you see as the biggest one to win & why? #AskAzinger @Back9Network

PA: I treasure my PGA Championship, but I think every tour player looks at each of the four majors with the same level of reverence. They are all big and career changing.

If you could only have one for the rest of your life, what would you pick? Golf or motorcycle? #AskAzinger @Back9Network

PA: For the rest of my life??? Gotta be my motorcycles!

@Back9Network For your average middle handicap golfer, does it REALLY matter what golf ball you use? #AskAzinger

PA: Probably not for most, but the higher your swing speed the softer the ball you need and vice versa. Makes sense.