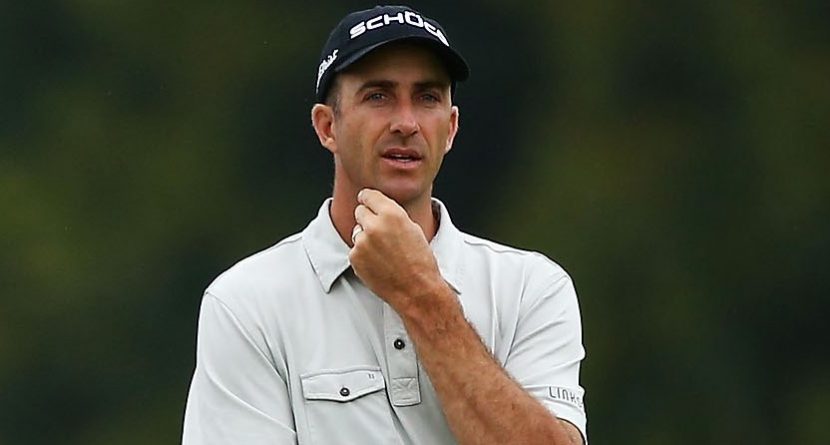 For the first time since Golf Channel analyst Brandel Chamblee wrote a column for Golf.com that insinuated Tiger Woods was a cheater, the TV network will be live on the same grounds as Woods.

Teeing off Thursday in Thousand Oaks, Calif., is Woods’ charity event, the Northwestern Mutual World Challenge, of which the Golf Channel will provide live coverage. Chamblee is expected to be on site as a studio analyst.

It’s been speculated that Woods might boycott interviews with the Golf Channel, and at one point, Woods’ agent considered legal action against Chamblee. The analyst has since backed off his “cavalier with the rules” comments.

But the spat is not over, as Geoff Ogilvy, the 118th-ranked golfer in the world who is an occasional contributor to Golf World magazine, chimed in this week. He opened his latest column by writing, “I have never – not once – seen (Tiger) attempt to gain any unfair or dubious advantage. And that fact has me convinced there was neither ulterior motive nor inappropriate intent lurking beneath his involvement in various rules incidents this year.”

Ogilvy then defended Chamblee: “The resulting backlash against Brandel was also unfair. While he used language that was, in places, too hyperbolic for my taste, the principle of him being able to share with us his expert assessment is too important to be abused.

“To my mind, Brandel is one of the best things on Golf Channel. And let’s be clear: He isn’t employed to give us facts; he is there to offer opinion. So he should be allowed to do so. That’s what frustrated me most about this entire affair: the idea that someone in the media should somehow not be able to call it the way he or she sees it. That doesn’t sit well with me.”

Ogilvy continued by stating that the situation might not have taken place if Woods was more open with the media.

“Much of what went on between Tiger and Brandel could have been avoided if Tiger would give open answers to questions – “real” interviews, not just “nothing” interviews. Imagine how much clearer everything could have been if he had sat down after the Masters or the Players or the BMW Championship and run us through exactly what went on and what he was thinking. Not doing so only encouraged all kinds of rampant speculation and generally ill-informed conspiracy theories.” So Chamblee should be able to “call it the way he sees it,” but Woods can’t do the same? As he saw it, he was attacked unfairly. Whether it truly was unfair is one’s own opinion, but Woods took offense.

In his first public comments since the column was published, Woods said, “All I am going to say is that I know I am going forward. But then, I don’t know what the Golf Channel is going to do or not. But then that’s up to them. The whole issue has been very disappointing as he didn’t really apologize and he sort of reignited the whole situation. So the ball really is in the court of the Golf Channel and what they are prepared to do.”

What did the Golf Channel do? It brought Chamblee on air to publicly discuss the situation. He expressed regret, and the issue seemed pretty much squashed.

But now it’s not over and Woods apparently needs to be more open with the media. If Chamblee should be allowed to say what he wants to say, then shouldn’t Woods be allowed to say – or not say – what he does – or doesn’t – want to say?